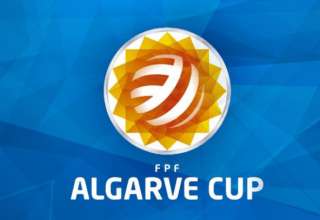 Canada entered the final of the Algarve Cup ranked as the fourth-best women’s national team in the world. Spain ranked No. 14 on the current FIFA charts.

But Leila Ouahabi’s long-range goal just four minutes into Wednesday’s final was all the Spanish side would need. Spain shocked Canada 1-0 in the Algarve Cup final. Spain entered the Algarve Cup for the first time in 2017 — and ended up winning the tournament.

On a day when Barcelona’s men’s team provided one of the greatest fightbacks in the history of the game, Ouahabi — who plays for Barcelona’s women’s team — might have provided the best piece of news for the Catalan club.

Ouahabi was not part of the Spanish side that came to Canada for the 2015 Women’s World Cup — and finished dead last in their group, with just one draw and two losses to show for their efforts.

Olga Garcia’s effort hit the post late in the first half, as Spain came within inches of doubling their lead.

Fifteen-year-old Jordyn Huitema made her senior national-team debut. She became the third-youngest player in Canadian women’s soccer history to receive a senior cap. Coach John Herdman elected to start Huitema, then brought her off after 40 minutes.

Christine Sinclair, Canada’s all-time leading scorer, didn’t start the match, but came on for Huitema  before the close of the first half.