September 25, 2022
9 New Articles
Home NASL & USL More NASL & USL NASL makes it clear: Either it gets the injunction, or else it doesn’t continue 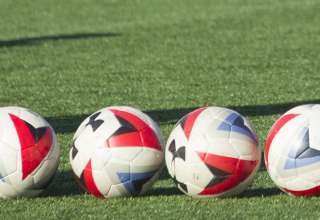 The North American Soccer League held a conference call Thursday where it was made clear, over and over, that it’s injunction or bust.

The league, which was denied an extension of its Div-2 status into 2018 by the United States Soccer Federation, has now filed an antitrust suit against the USSF, stating that the American soccer body has not given the league a level playing field on which to succeed. The first step in the suit is the application for an injunction, which would force USSF to give back NASL its Div-2 status for next season. That plea for the injunction is set to be heard in Brooklyn court on Oct. 31.

Jeffrey Kessler, the NASL’s attorney, said that there is no way the NASL would consider going forward as an unsanctioned, rogue league.

“You are not going to be able to attract the best players in an unsanctioned league.”

An unsanctioned league would not be able to send teams to domestic cup competitions or regional tournaments, and it would be impossible for teams to do transfer business.

Kessler stated over and over that there is no plan B — NASL “has no other option or plan to continue” if the injunction to keep its Div-2 status isn’t granted by the court.

But where does this leave FC Edmonton, the sole Canadian team left in the NASL? After Thursday’s call, the picture isn’t any clearer.

Kessler said that Thursday’s conference call would not address any individual club’s plan for the 2018 season.

“All of that will be determined after the court decision.”

The Eddies aren’t sanctioned by the USSF; the club receives its sanction from Canada Soccer, which doesn’t see the American divisional distinctions as important. In Canada, all pro teams qualify to play for the Canadian Championship.

As a refresher, the American system gives divisional distinctions to leagues — even though there is no promotion and relegation. The divisional distinctions though, mean a lot when it comes to attracting investors and sponsors. Right now, MLS is Div-1, while both USL and NASL are Div-2. But, because Canadian teams play in American leagues, their politics spill across the borders and affect our teams.

Meanwhile,  Edmonton co-owner Tom Fath has confirmed he has been attending meetings of the start-up Canadian Premier League, an all-Canadian “Division 1A” which has an ambitious target start date of late July, 2018. But, CanPL president Paul Beirne has said that if everything isn’t perfect to go in July, the league — which at the moment has only two confirmed teams, in Winnipeg and Hamilton — will wait till 2019 to start.

FC Edmonton has not formally announced any intention to leave NASL.

But, if NASL doesn’t get a sanction, and doesn’t go forward, and the CanPL doesn’t play in 2018, that’s an issue for the Eddies, which has seen crowds increase by more than two-thirds this season.

In late 2016, despite being reduced to eight teams because of bankruptcies and attrition, the NASL was granted a one-year waiver to keep its Div-2 status by the USSF. The league did not meet the requirement to have continental U.S.-based teams in three time zones, and did not have 12 teams — which was the minimum set by the rules.

But Kessler said that USL, when it was promoted from Div-3 to 2 late last year, was also given waivers. And he alleged that MLS received waivers for at least 10 years, and he wondered how a single-entity league like MLS could be allowed to be Div-1 when the franchises are centrally controlled by the league.

Kessler and New York Cosmos owner Rocco Commisso said that USSF has continued to change the standards for divisions, which they feel has been designed to frustrate NASL.

Commisso, who claimed he rebuffed MLS approaches to invest in that league, said he bought the Cosmos in late 2016 with the idea that the NASL would be given several years of Div-2 sanctions to give it the time needed to recover. Commisso said NASL owners have spent US$50 million over the last year.

“I naturally expected we would be given a reasonable amount of time to achieve our goals,” he said.

The league has recently announced expansion franchises for Orange County and San Diego. Kessler said the announcements of more markets are now on hold, as the league awaits the Oct. 31 d-date.

Commisso said that NASL brass was beckoned to USSF offices for a Sept. 1 meeting regarding the sanctioning. He said he and the NASL contingent were made to wait outside for six hours. Commisso alleged that, when he and his NASL team finally got inside, one of the USSF board members fell asleep during their presentation.

“It quickly became clear that the board was simply going through the motions and had no interest in what we had to say,” he said.

Kessler said that USSF has continued to move the goalposts when it comes to sanctioning. He alleged that, when NASL applied to move from Div-2 to Div-1 (equal to MLS) in 2015, USSF delayed the application for months, then changed the standards during the process.

But Kessler was confident the NASL will be successful.

“Once the injunction is in place,the league will continue on its plans for next season,” he said, adding that the NASL will be “bigger, better and stronger.”

Claims made by the plaintiffs have yet to be proven in a court of law.