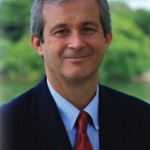 NASL Commissioner David Downs made himself available to be interviewed by The 11 on Tuesday. The commissioner, now in his second year with the league, talked about the Ottawa situation, Edmonton’s new stadium plans and further expansion into Canada, the U.S. and the Caribbean.

On Ottawa’s entry into NASL:
“We are extremely happy with the ownership group themselves, they have got a great plan… As far as the ratification process for the stadium, we understand there is one last appeal to be heard on the Lansdowne site. We believe they will be on time and in good shape to enter our league no later than 2014.
But, will Ottawa be ready for next season? Downs admitted that it is “unlikely” that the Ottawa team could play in a semi-finished Lansdowne site for the 2013 season. The club is welcome to join the league for 2013, but it will likely be up to ownership to find a temporary facility it can call home until the new stadium is done.

On FC Edmonton’s move from Foote Field to Clarke Stadium:
“Everything I have been told about it is very positive. But it’s not perfect; that won’t come until a new Women’s World Cup stadium is constructed in Edmonton, and the team will be involved in that.”
Downs will be in meetings this weekend with a possible expansion suitor, so he won’t be in attendance for Sunday’s Clarke Stadium opener, which sees FC Edmonton host the Minnesota Stars.

On further Canadian expansion:
“We have definitely been engaged with several potential markets.”
But Downs said, because all discussions are in the preliminary stages, that he wouldn’t want to divulge exactly which Canadian markets at which the league is looking.
“I wouldn’t say Canada is a number-one priority,” said Downs. “For us, the number-one priority is the west coast of the United States and filling out the Midwest. But, with the success Montreal and Edmonton have had in our league, it is clear Canada is a fertile ground for professional soccer, and we would be remiss not to look at other opportunities there.”

Downs on the diversification of the current NASL portfolio:
Traffic USA, a subsidiary of the Brazilian mega sports agency Traffic Sports, has stakes in three NASL clubs — the Atlanta Silverbacks, Carolina RailHawks and Fort Lauderdale Strikers.
Traffic doesn’t want three teams, NASL doesn’t want Traffic to have three teams, and the United States Soccer Federation doesn’t want Traffic to own three teams.
Downs reported that that there have been offers from potential investors, and there is “serious interest” in all three teams. But there is nothing concrete to report at this time.
As well, the league continues to operate the Minnesota franchise.
“But, with the team’s remarkable run to the playoffs and to the league championship, and last week’s home opener at the Metrodome, there is heightened awareness of the team’s situation,” said Downs, “which we hope leads to more progress on the investor front.”

On further Caribbean expansion:
“The success of Puerto Rico in our league has us pondering if there might be a team in Jamaica or the Dominican Republic that would fit in our league down the road.”
But, unlike some of the western U.S. cities that Downs mentioned, there are no advanced negotiations going on with any other marker in the Caribbean.
“But if we are going to reach 20 teams by 2020, we want to be a North American league, including the Caribbean.”

On expansion San Antonio playing its home opener in front of 13,151 fans (which, by the way, is better than FC Dallas can manage on many nights):
“I don’t think I would use the word ‘surprise.’ I have been following this club very closely, and I have been predicting something like this for months. I was at the match and it was absolutely hearty-warming and pleasing. The support there was absolutely tremendous. We may have been surprised a bit by the final attendance, because of the huge walk-up. But we are very confident they will fill the shoes of Montreal.”

On NASL player movement to MLS:
“The system is working quite well, considering we have no formal agreement with MLS,” said Downs.
He said that 16 players who were in NASL in 2011 are now in MLS. “That’s nine per cent of our players, and it’s a pretty compelling number.”
But the truth is all 16 of those players were out of contract at the end of 2011 and were free to move up. MLS doesn’t pay transfer fees to NASL clubs, so players on longer-term deals can’t move up, even if their Div.-2 team is fine with selling them.
Right now, Downs doesn’t see too much of an issue, as most NASL players are on one-year deals and have the opportunities to move. So, FC Edmonton is a bit of an aberration by signing players to multi-year deals, and it explains why FCE didn’t see one of its players move up to MLS in 2012.

Buy it at
Amazon