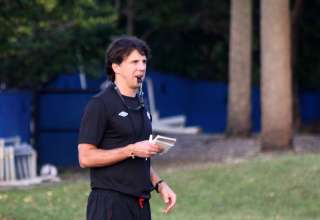 Nick Dasovic has pared the national U-20 team roster down to 20 players, 48 hours before the team opens the CONCACAF Championship in Puebla, Mexico.

Syracuse University forward Jordan Murrell, Whitecaps Residency forward Yassin Essa and Whitecap and former two-time national U-17 player Bryce Alderson were left off the final team list. Alderson, a member of the senior Whitecaps’ roster, was the national U-17 player of the year in 2010 and 2011, but was not available due to injury. Had Alderson been healthy, he would likely have been a shoo-in for the roster.

Coach Dasovic had named 23 players and brought 22 to Mexico City for a pre-tournament camp in Mexico City. But the tournament rules dictate that each country names a final roster of 20. So, Dasovic still had some final cuts to make in Mexico.

Canada kicks off the tournament’s group stage Monday with a match against Cuba at 9 p.m. ET that will also be streamed on sporsnet.ca. The top four teams — all of the semifinalists — qualify for the U-20 World Cup in Turkey.