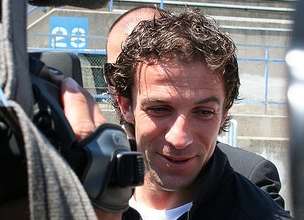 The rumours were confirmed Monday, as the Montreal Impact announced that PSG and Italian champions, Juventus, will square off in a July 31 at Olympic Stadium.

The tickets will range from $44.20 for the cheap seats to $144.20 each for the best views in the house. Tickets will be available for Impact season-ticket holders on June 14, then will go on general sale a day later.

“I am extremely pleased that CAA Sports and MLS have chosen to add the city of Montreal to their World Football Challenge and given us the chance to be part of this exciting event,” said Impact President Joey Saputo in a release. “It will be a unique opportunity to prove once again that Montreal can successfully host an international match of that level. I am convinced that Montreal soccer will be delighted and that they will attend in large numbers.”

But these ticket prices beg the question — now that the Montreal Impact gives local soccer fans MLS action on a weekly basis, will we see the same kind of “friendly fatigue” there that’s become so evident in Toronto, where so many of these international games are now greeted with cynicism?

In the last couple of seasons, we have seen the the likes of Juventus, Fiorentina, Inter Milan, Celtic and Manchester United fail to sell out the Rogers Centre. A couple of years ago, a friendly between Juventus and Fiorentina couldn’t even draw half-capacity of that venue. The days of these kind of matches selling out in Toronto are long gone.

The reasons for that:

1. Fans have recognized that many money-bleeding European clubs, desperate for paydays, are padding their schedules more and more with high-priced yet meaningless friendlies. They are asking North Americans to subsidize their debt-laden enterprises. In return, we might see some starters play at something close to full speed for a few minutes, at least.
2. And, seeing professional soccer — any professional soccer — used to be a novelty. But, now, a lot of the people who used to get excited about the friendlies are MLS or NASL season-ticket holders, and there is palpable, growing resentment on European friendlies encroaching on the media attention and excitement that should be placed on the local club.

We checked on ticketmaster.ca on Monday, asking for “best available” seats for Toronto FC’s July 21 friendly against Liverpool. The pair offered were in section 110, row 37 (midfield). With service charges, those would come in at $159 each.

As the numbers of friendlies across North America increase, the law of diminishing returns will come into play. The more and more they play here, the less and less excited we are to see them.

If the European clubs have exhausted their domestic revenue streams, and need more and more game here to help with some needed cash injections, they are going to have to find creative ways to get us interested.

And, this may sound sacrilegious to some, but that will have to mean, down the road, giving us games that count for something. Give us games where the starters play, not preseason kickabouts. And, yes, eventually, if these teams want to continue to ask for more than $100 per ticket, they will need to consider giving us games that have importance. The French Cup final is now exported on an annual basis, a tradition that began in Montreal back in 2009.

And, sooner or later, just as the NFL gives England a regular-season game because it packs a mightier PR punch than a preseason match, the Europeans will have to eventually think about exporting a league game or two if they want to keep our interest. Yes, call it sacrilege you want — but you only really have the moral right to do if your European club of choice is in the black, or doesn’t buy into the summer touring philosophy. If your team is a money-loser and repeatedly visits North America or Asia to raise cash, then opposing the notion of giving fans in those regions games that count in the standings leaves you standing in a glass house, with some awfully large stones in your hands.