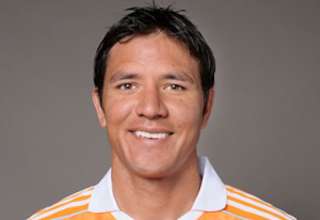 If tonight’s physically demanding game and the reaction of the fans in attendance at Saputo Stadium is any indication, there’s a mighty rivalry developing between the Houston Dynamo and the Montreal Impact.

A relatively sparse crowd of 13,357 enjoyed watching the home side win a second consecutive game at their refurbished home, triumphing through strong ensemble play and profiting from the best performances several players have shown so far this season.

The crowd also had a merry time treating Dynamo captain Brian Ching — who reluctantly spent the month of February on the Impact payroll before being repatriated to Houston— much the same way Bell Centre crowds treat visiting hockey villains such as Zdeno Chara, with lusty boos and widespread jeering every time he touched the ball.

The final score was 4-2 in favour of Montreal but the margin could have been bigger given that the Dynamo capitalized on their only good opportunities while the Impact had a lot more chances than goals.

In an opening half that saw the ball hit the mesh our times, the Impact got things rolling a mere four minutes in on the strength of a Sanna Nyassi goal scored on a through ball provided by Patrice Bernier. The speedy Gambian forward collided with Houston goalkeeper, Tally Hall, who seemed to play the body rather than the ball. Nyassi went to ground, as did Hall but the ball rolled on beyond the point of impact and into the net.

Houston got the goal back in the 16th minute on a Brad Davis free kick that eluded a diving Donovan Ricketts, who managed to get a hand on the ball but was unable to deflect it wide.

Jeb Brovsky, who had a very strong game on the left side of the back line, began the play that led to the second Montreal lead. He passed up the left side to Justin Mapp, who then crossed the ball to captain Davy Arnaud. A header later and Arnaud had his third goal of the season.

Houston pulled even once again in added time as Ching slickly got by Montreal defender Nelson Rivas before serving a through ball to Will Bruin, who potted his team-leading ninth.

“We grew up a bit tonight and that was great to see you could compare the way the half ended with the game in New York,” said Impact coach Jesse Marsch. “At halftime we said ‘More than anything this is a mental challenge. Can we mentally recover from giving up that goal, be men, handle this game in the right way and push forward. And you know what, they did great. We had a bunch of guys who had very good games. They stuck together on the field and that was a team tonight. That was definitely a team.”

The second half saw Montreal once again dictate the pace and flow of play. Hassoun Camara, one of three holdovers from last year’s NASL squad who saw action tonight, (Sinisa Ubiparpovic and Eddy Sebrango subbed in late in the match), scored his first MLS marker in the 65th minute, the goal evolving off a Felipe corner kick, his third in as many minutes.

“Hassoun has established himself as a guy that we can definitely count on,” said Marsch. “At the beginning o the year he had a few setbacks with little injuries and things going on, but you know what, he pushed himself and we kept challenging him to stay focussed even though the start of the year wasn’t going his way and day by day he has shown the team what he’s all about.”

Camara was pleased, both that the team won and that he was able to soil the scoresheet.

“I’m glad to have scored it and also to have been able to help the team win,” he said before turning to matters of the collective rather than the first person singular.

“We have a good team and a good coach. As a general rule, hard work pays off. Even if we have some difficulties with injuries we continue to work hard in practice and there’s no reason we shouldn’t benefit from the fruits of our labour. That’s what happened this evening and I hope it continues.’

Seven minutes after the Camara goal, Patrice Bernier doubled the Montreal lead, converting a penalty kick awarded to his side as the result of a Bobby Boswell foul on Felipe.

The Brazilian midfielder was also mugged by Dynamo defender Adam Moffatt late in the second half — with a hockey-like scrum breaking out after the incident — and the Houston backliner being sent off, his side finishing the game a man short.

THROW-INS – It has been a busy couple days for the Impact U-21 side, who played twice in the Toronto area in as many days, defeating the Serbian White Eagles 2-1 on Friday and dropping a 2-1 decision to Toronto Croatia on Saturday.

• Two member of the Impact are natives of The Lone Star State. Captain Davy Arnaud was born in Nederland while defender Josh Gardner hails from Brazosport. Vaudreuil-Dorion, Que.’s Andre Hainault, is the only Canadian on the Houston roster although captain, Brian Ching, as mentioned above, spent a month on the Montreal payroll this past winter before being repatriated by the Dynamo.

• Saputo Stadium had a visitor of note this evening, the MLS Cup stopped in Montreal making a TV appearance during the broadcast of tonight’s game and posing for photos with fans during half time.