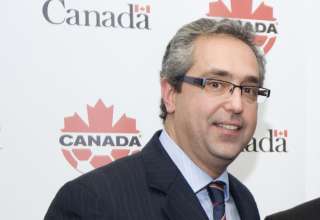 Moncton will get a chance to show off that it’s ready and able to be a Women’s World Cup host city.

On Thursday, the Canadian Soccer Association announced that Moncton will host a friendly between the Canadian women’s team and China on May 30 at the Stade Moncton Stadium.

For the Canadian women’s team, the match will be one of their final preparations ahead of the 2012 Olympics. But, for Moncton, the game could mean so much, much more. In September, FIFA and CSA officials toured the seven cities vying to host games in both the 2014 Women’s U-20 World Cup and the 2015 Women’s World Cup. During the tour, the CSA made a promise: The women’s national team would play friendlies in those cites leading up to the games, giving the bidders the chance to show off their stadiums.

If Moncton soccer fans can pack the stadium and the venue proves to be a success, it could make a case for just how many games the city would get in 2014 and 2015. Really, it seems that almost all of the talk about Women’s World Cup venues is focused on Vancouver and Edmonton (even Montreal, right now, isn’t talked about as being a key player in the WWC like the two western cities). But the CSA needs to see the venues in action.

So, for Moncton, this is more than a friendly. It’s an audition. Or, maybe even a dress rehearsal.