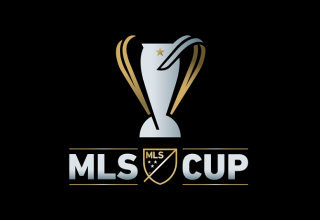 For soccer fans in Canada, this weekend’s MLS Cup is going to be like enjoying that last beer in the fridge, knowing that the liquor stores and bars are all closed. This will be the last hurrah.

While most of us are talking about just how much snow BMO Field will get for Saturday’s MLS Cup match (and, let’s face it, if you’re not pulling for a blizzard, you’re lying), with the Reds and Sounders both doing their big pre-game media events Thursday, you’d almost be fooled into thinking that soccer in Canada is thriving. Hell, you could probably make some kind of MLS Cup drinking game, shoot one back every time a commentator talks about the championship match being a high point for Canadian soccer or that a BMO Field full of passionate fans is a sign that Canadian soccer is on an upswing.

The truth is, 2018 will be a low point for men’s soccer in Canada. Boy, is it going to suck. It will be ultimate in lame-duck years. Canadian jobs will dwindle. We’ll have fewer teams to support. And even in TFC beats Seattle 10-0 on Saturday, that’s not going to change a thing.

In the past couple of months, we’ve learned that:

The NASL’s FC Edmonton has discontinued operations, and will only rise again in a new Canadian Premier League if ownership feels there is a sustainable path for the team going forward. Players have been released, as has the team’s Canadian head coach.

And WFC2, the USL affiliate of the Vancouver Whitecaps, was discontinued. The Whitecaps will now affiliate with Fresno FC, free of those pesky Canadian-content regulations.

As the Sounders and Reds were at the dais talking up MLS Cup in Toronto, the Whitecaps issued a release stating that Canadians Matthew Baldisimo, Terran Campbell and Sean Melvin would be assigned to Fresno — and that a whole slew of players who were with WFC2 would be cut. Those names included Canadians Gloire Amanda, Kadin Chung, Thomas Gardner, Patrick Metcalfe, Chris Serban, Dominick Zator and Mark Village (though Village had already signed with FC Cincinnati). The Whitecaps will retain MLS Homegrown player rights on Amanda, Chung, Gardner, Metcalfe and Serban.

While prospective Canadian Premier League investors are meeting in Toronto this week (with all of the MLS Cup hysteria distracting folks from the fact CanPL is having key meetings in Toronto, nice work on the “hiding-in-plain-sight” thing), we’re all pretty confident this league won’t start till 2019. FCE is not playing in ‘18, the Ottawa Fury is committed to USL in ‘18, even though the league’s president, Jake Edwards has officially said he backs the notion of the CanPL and that this country needs our own league. All signs point to 2019, even though the CanPL itself hasn’t yet confirmed that timing.

“With the news about FC Edmonton, the Deltas and the Whitecaps 2, it’s been a tough period for Canadian players,” said CanPL president Paul Beirne. “But, a tree needs to drop branches so it can stimulate new growth.”

So, for what looks to be a full year, we’re going to see a regression in Canadian pro soccer. Fewer opportunities and fewer teams.

But, let’s make sure to drink every time an MLS Cup commentator or pundit says how everything is coming up aces in Canadian soccer.