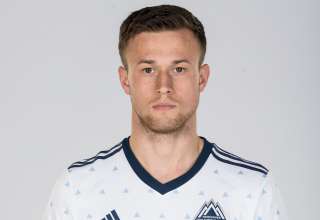 Whitecap Ben McKendry and former Eddie Bruno Zebie were at training Tuesday, as the Eddies get ready to open the fall NASL season. They face the Indy Eleven this Sunday at Clarke Stadium.

The Eddies did not make any official comment about either player, save for the fact that Zebie is on an extended trial through August.

McKendry has played in one MLS match for the Whitecaps this season, and has appeared in 14 USL matches for WFC2. He has not been released by Vancouver — and it should be noted that the Whitecaps have loaned players to FC Edmonton in the past. While the team has nothing official to say, McKendry’s presence in Edmonton suggests a loan could be in the works.

Bruno Zebie played one game for the Eddies in the 2015 season; he was brought in as an emergency signing as the team was going through an injury crisis. His brother, Allan, has played regularly for the Eddies this season.