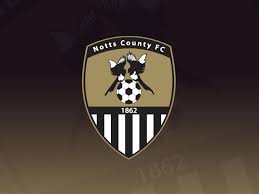 Canadian striker Marcus Haber has taken on the role of super sub with his new team, Notts County.

And, judging by the returns over the last few weeks, he is making the case for more playing time.

Haber came in to the match as a second-half sub and headed home the cherry-on-top goal as Notts County thrashed Crewe Alexandra by a 4-0 scoreline. For Haber, it was his second goal in as many home games. Two weeks ago, he scored shortly after he came on in a 2-0 win over Tranmere Rovers.

Notts County needs the points. Because of a poor start to the season, the recent good run of form has only seen the team move up to, gulp, 19th on the League 1 table. League 1 is two divisions below the Premiership.