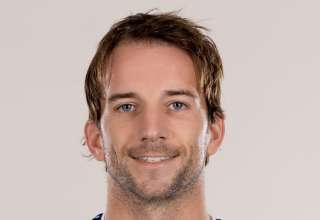 The MLS Player of the Month vote was almost close enough to warrant a recount.

In the end, Los Angeles Galaxy striker Mike Magee edged Montreal Impact midfielder Patrice Bernier for the March honour. Magee scored five goals for the Galaxy, a team which has had to deal with an injury to Designated Player Robbie Keane and that star Landon Donovan has been out of the lineup until a sub appearance last weekend in Toronto.

Bernier’s contributions aren’t as obvious on a stat sheet. Holding midfielders are hard to quantify. Heck, on his own Twitter feed, Bernier has stated in the past that it’s one of the most underappreciated positions in the game.

Still, Bernier’s work in leading the Impact to a four-game winning streak to start the season didn’t go unnoticed. He got a significant number of Player of the Week votes throughout the March voting periods. And, he got 15 Player of the Month first-place votes.

In total, Magee’s name was either a first- or second-choice pick on 26 voters’ cards. Bernier’s name appeared on 27 of them.

But, only the first place votes count — so going into the second-place votes is just an exercise in proving just how close the players were in the voters’ minds.

How The 11 voted: Bernier. We think he would have taken the award had the Impact been able to take even a point out of its match last weekend in Kansas City. Had Montreal gone through the month undefeated, Bernier would have found the extra votes to push him over the top.