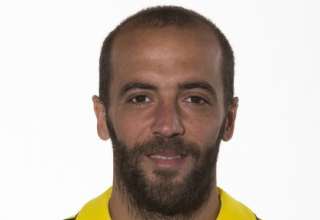 Goals are still hard to come by for Toronto FC. Federico Higuain, however, cannot relate to such a dilemma. The Columbus Crew captain singlehandedly sent the Reds to another defeat with a stunning brace in a 2-0 victory at Crew Stadium Saturday night.

The Argentine cut TFC open with a first-half strike in the 19th minute and then finished the Reds off in the 65th with an audacious 24-yard chip that dipped perfectly under the bar yet just beyond the outstretched fingertips of Toronto goalkeeper Joe Bednik, who was far and away the visitors’ man of the match.

Higuain’s heroics helped Columbus widen the gap on Toronto (4-12-8, 20 points) to nine points, as the two try to stay afloat in the MLS Eastern Conference.

“We were our worst enemies, to tell the truth,” said TFC coach Ryan Nelsen. “We gave it away in really poor areas and he (Higuain) is probably most dangerous when the opposition has the ball because he gets into really nice areas and nice pockets.

“I think all the boys would probably say it, there weren’t very many that played well today,” added Nelsen. “We are not good enough where we can have an off day and get away with it. Hopefully, we’ll be in a situation where we will be one day. But when we’re not all guns blazing, it can get a bit ugly.”

Down 1-0 early in the second half, Toronto FC showed some urgency and attacked from the wings but the sputtering offence — 21 goals in 24 matches, with just six in 12 road outings – couldn’t create enough to make a difference. The opposite held true for Higuain and strike partner Dominic Oduro, now both tied for the club lead with nine goals apiece.

Higuain (back-to-back braces) provided the guile and Oduro gave the TFC backline fits all night with his incredible pace. He was active in the box and almost provided the match’s second goal in the 54th minute when he fought off a defender to get a shot off just outside the six-yard box. But as he did throughout the first half, Bendik was there to turn the chance aside and keep TFC in the match.

“I honestly didn’t think that ball was going in. Great goal, great vision. It’s always good to play alongside a player like that.”

“Higuain for me, in the short time I’ve been here, is the best player in the league,” said TFC forward Jeremy Brockie. “When he’s playing like he did today, hats off. You have to just congratulate him really.

“Obviously, we didn’t turn up tonight. It was a bad day at the office. We came in at halftime and new it wasn’t a very good performance but we talked about it, that we were still in the game. It was only one goal. The second goal killed us off. There was no way back from there.”

Bendik was the TFC standout of the opening 45 minutes, especially in the latter part. He parried an Oduro blast from in close in the 34th minute and in the 39th, he dove to the ground to stop a right-footed drive from Bernardo Anor. And before the half came to a close, he dove far to his left to perry another attempt on goal, this time by midfielder Justin Meram.

While he proved to be a little ambitious in coming off his line on the Higuain chip, Bendik wasn’t to blame for the Columbus opener. Right back Chad Barson sent in an accurate cross from the right wing and Bendik did well to make the initial save on a one-time strike from Anor. But the ball fell directly to Higuain, who slotted home a right-footed shot through a bit of traffic.

“Joe’s been quality all season,” said Brockie. “He’s one of the best keepers in the league and we have a lot to be thankful for him keeping us in games at times.”

Penetration and scoring chances were minimal for the visitors in the opening half, but TFC did have a decent flurry in the 31st minute as Doneil Henry and Brockie both took swipes at the ball inside the box. Henry’s left-footed attempt was blocked, while Brockie’s low shot was cleared over the bar.

“We’re not really treating the ball with respect,” said Nelsen. “When we did keep it for four or five passes, generally something half-decent happened. But we weren’t at the office.

“We’re just looking for that break, maybe someone to just get a grip of the game offensively. It’s the story of our season.”

Columbus finished the half with 11 attempts on goal, five of which were on target. Toronto had five attempts with none on target.

Maximiliano Urruti made his long-awaited TFC debut in the 65th minute, coming on for Robert Earnshaw. The club completed the paperwork for the 22-year-old Argentine Saturday. Toronto FC was in need of his offensive capability and Urruti tried to get involved, providing a good run and cross inside the area within minutes of his substitution.

“He hasn’t done much in a while so we have to ease him in,” said Nelsen. “He got some valuable minutes that he needs.”