February 08, 2023
9 New Articles
Home MLS Vancouver Whitecaps Let’s face it, we all KNEW Seattle-Vancouver was gonna end in a 0-0 draw 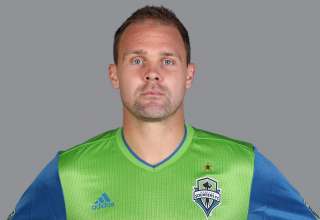 It lurked on my PVR. I went to a Jesus and Mary Chain concert Sunday night, so I recorded the first leg of the Western Conference playoff between the Seattle Sounders and the Vancouver Whitecaps.

I was nervous when I set the recording. I was worried I’d come back home to a late-night viewing of what could be one of the most awful games I was ever going to see.  I remember the last time the Sounders played a post-season game in Canada; that was last year’s MLS Cup, a wretched affair that saw Seattle park more buses than a transit strike. Famously, or really (in)famously, the Sounders won MLS Cup in penalties, in a game in which they did not register a shot on target.

So, as the JAMC drove through an ear-splitting main-set closer of “Reverence,” the bright lights reducing them to shadows on stage, I checked Twitter to see that, yes, the Whitecaps and Sounders had played to a scoreless draw.

I would have bet the farm on that result going in. Let’s face it, we all knew this was exactly what was going to happen.

But, I went through the game tape anyways; to see that the best scoring chance of the game was, well, a near own-goal, with Whitecaps defender Kendall Waston pounding a clearing attempt off his own crossbar.

In the end, Seattle was credited with one shot on goal — a Chad Marshall header that was hit pretty well right at keeper Stefan Marinovic. Marshall did well to leap over Whitecap Tony Tchani and head to ball down to force Marinovic to make an awkward save on a ball driven into the turf; but this was a shot that any MLS keeper has to stop.

But, let’s face it, for Seattle in the playoffs, Marshall’s header was an offensive explosion.

This is a Sounders team that, for years, fell flat on its face in the post-season. Then, the Sounders embraced a cagey approach under coach Brian Schmetzer and found success.

Maybe, in Seattle, the game will open up. It has to open up right? That’s what we keep telling ourselves. Yet, we’re all really thinking that we’re going to be at 0-0 going deep into extra time.