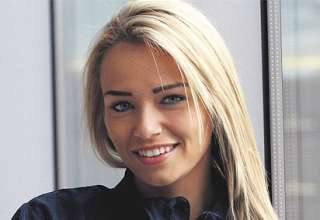 To say that Alison Lemon has a diverse soccer résumé would be an understatement.

She’s played professionally in Switzerland and in Italy; she’s been a member of Canada’s national women’s futstal side. She coaches with FC Barcelona’s Metro Toronto-based soccer school; she works with U13 players at Oakville Soccer Club. Oh, and she’s also played in League1 Ontario with North Mississauga SC.

But, she’s about to head back to Europe — as she’s been signed by Hungarian side Gyori ETO. She leaves in early July — and is thrilled to get the chance.

She recalled going over to Europe six years ago, an experience she said opened her eyes.

“Everyone was telling me the quality of soccer wasn’t as good as it would be in North America,” she said. “In fact, it was 100 times better.”

Why? She said the level of coaching, the facilities and footballing culture meant a lot. That is, in Europe, women’s teams train twice a day — and, for many women’s teams in Canada, there simply isn’t room to do that, yet.

And she said League1 Ontario — on the women’s side, at least — needs to improve.

“My experience in League1 was disappointing. “There was not a lot of motivation. I played in a town in Switzerland that had just 1,200 people and yet we had 500 or 600 people coming out to our games. Here in Ontario, maybe the parents show up. That doesn’t really push the players. I want to be in the best pro environment if I want my career to advance; and, here, there is no real culture yet.”

Lemon feels that a lot of the Canadian women’s players who head off to Europe to places that aren’t France, Germany or Sweden drop off the radar of the national side. She said that she’s in a good place; she feels she’s grown as a player and is satisfied that her career is in an upward trajectory. But she fears that Canada’s current culture will prevent the national side from reaching coach John Herdman’s ultimate goal: To be ranked No. 1 in the world.

“I think that we have plateaued,” she said. “I think that the Canadian program is looking for a particular kind of player. That is, a player who is overly aggressive, with lots of speed and who can kick the ball really far. And, because of that, yes, I think a lot of skilled players do fall through the cracks.”

As for the move to Hungary, Lemon said she’s impressed by what she’s seen so far from her new club — albeit on video.

“They’re very organized, very strong and very mature.” And she said that the team “is on a mission” to improve, just as she thinks there is a drive in Hungary to improve women’s soccer. Just as Gyori ETO signed Lemon, it also announced a deal to secure keeper Aline Villares Reis, who has appeared between the sticks for the Brazilian national side.