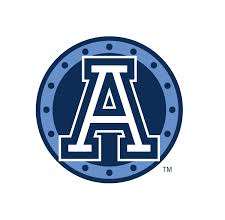 On Thursday, Toronto FC announced that it would not ask season-seat holders for any money till January, so the club can be judged on its hiring of a new general manager to replace Kevin Payne, who was let go Wednesday.

That was the carrot.

And, in the same media conference call Thursday, Maple Leaf Sports and Entertainment President Tim Leiweke said the team is in the preliminary stages of how to improve and better utilize BMO Field — a future which could include sharing the facility with CFL’s Argonauts.

That was the stick.

Leiweke said that MLSE execs had told him to “go look at” the feasibility of allowing the Argos to use BMO Field. Currently, there isn’t room to put a CFL field into the facility. Seats would have to be moved — a major renovation would need to be done.

But a major renovation is on the radar. Leiweke said MLSE staff have been touring MLS stadiums around the league to look at new turf and new structures.

“Everything is under consideration, nothing has been decided,” said Leiweke.

“We did football at Stubhub (Center) in L.A.,” said Leiweke. “We’ve done different games in L.A. We’ve had rugby on field at BMO.”

He also said that Houston’s new soccer stadium has hosted other events. He said that if the Argos and TFC were to both use BMO Field, the leagues would have to ensure that they wouldn’t play home dates the same weekends.

The key, said Leiweke, is ensuring that the seating configuration remains intimate for soccer, but can be widened to accommodate the CFL field. That means moveable seating banks, like the ones featured at Rogers Centre.

“From a cost standpoint, what does it mean?” Leiweke said.

But, if the costs aren’t prohibitive, then MLSE would entertain a new shared BMO Field. Leiweke said that MLS has changed, that the BMO Field of 2007 was fine, but with new stadiums in Houston and Kansas City leading the way, there’s a need to make Toronto’s stadium by the lake more state-of-the-art. Since a major renovation is coming, the CFL question is once again back in play.

And, while it wasn’t addressed in the conference, how long would such a renovation take? Entire banks of seats need to be rebuilt. If a roof, as Leiweke suggested, would be built, it’s not a quick process. Would TFC play in the Rogers Centre as an interim tenant?

BMO Field was built with the assistance of the three levels of government, and it’s designated purpose was to be a national soccer stadium. It was the crown jewel of Canada’s push to host the 2007 U-20 World Cup. It now has a grass surface.