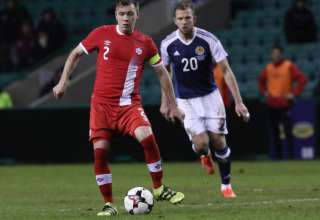 Nik Ledgerwood has committed his future to Calgary Foothills.

Ledgerwood will join Foothills and participate in the upcoming PDL season as a player/coach. Ledgerwood, who has a young family and hails from Lethbridge, spent the previous two seasons with FC Edmonton. The Canadian national-team veteran served as FCE’s captain in the team’s final season in NASL. Now, he’ll move three hours south on the QEII highway.

With FC Edmonton not running a professional program in 2018, Ledgerwood had a conundrum. He needed to find work, he had a possibility of returning to Europe to play, but with a wife and young son, his family circumstances had changed since he last played across the Atlantic.

“I could have gone back to Germany, but I wanted to be close to home,” he said.  “And this is an opportunity that I can look forward to carrying over to the Canadian Premier League.”

Ledgerwood will get the chance to work with Foothills’ young players, and is even closer to Lethbridge than he was in Edmonton. Early in his pro career, Ledgerwood played for the old Calgary Storm of the USL’s A-League.

Ledgerwood said that it was important to get his future sorted out as quickly as possible. With so many players looking for work because of FC Edmonton’s halting of pro operations — and the general uncertainty around NASL — the market is tough. He said that if a player waits till February or March to make a decision on a playing opportunity, it may be too late as other North American clubs fill out their rosters.

And, if Foothills does carry over some kind of program to the Canadian Premier League, we can then call Ledgerwood the league’s first player announcement. A Canadian national-teamer. Not too bad.