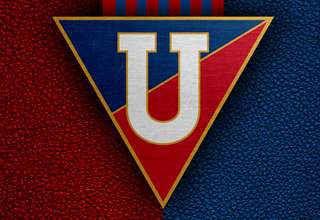 LDU Quito held a press conference Friday, where it officially unveiled Joao Plata as a member of the club.

Plata was presented a LDU Quito jersey, and the club confirmed he is on a six-month loan spell from Toronto FC. Ironically, even though Plata has been officially announced by Quito, TFC has not made any confirmation of the deal.

“In Toronto I was fine, thank God, now I thank the coaching staff and the leadership of LDU for bringing me back, I hope to do things right with the team, have a good season.”
Plata also trained with the club Friday morning.

Santiago Jacome, LDU Quito’s sporting director, said “The addition of Joao Plata is not only for his ability but also because of his age, his enthusiasm and desire to achieve important things. Joao, we welcome you home, we know that very soon we will see you in the field of play in your capacity as a player.”

(All quotes translated from Spanish)

Last week, Plata Tweeted his farewell to Toronto FC fans, as the club maintained that it was still working on a possible loan deal for his services. Last year, Plata, on loan from Quito, enjoyed an impressive rookie campaign, but spent much of this year out of favour. Now, as Quito has confirmed, he is on loan back to the Ecuadorean side.