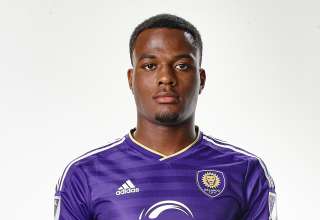 Cyle Larin doesn’t love to play on turf. The shoo-in for MLS rookie of the year says that, like most of his fellow players, he prefers to ply his trade on grass.

But, he scored many of his 17 goals this season for Orlando City on turf. And he thinks that Canada will have an advantage over Honduras in the Nov. 13 World Cup qualifier at BC Place because of the artificial surface.

“It’s good for us to play on turf there; most of the guys played on turf when they were younger,” Larin said in a conference call with media on Friday.

Larin highlights a very different part of the grass-vs.-turf debate. A lot of us only focus on where the players are at the current stages of their careers; are they playing on turf or not in their current pro leagues? But Larin has underlined a Canadian truth; that if you grew up playing soccer in this country, you’ve played on turf. In fact, you’ve played on turf so, so much that you aren’t going to unlearn how the ball rolls and bounces on it. And that’s not the case in many of the other CONCACAF nations.

Whether it be on community fields or indoor soccer centres, turf is normal in Canada. And, for any of us who have played on Canadian community grass fields in the cold spring or frigid autumn, they can become as hard as concrete. Basically, we’re a nation of players who grow up getting used to crazy bounces and balls that don’t check up.

Larin said he didn’t watch when Canada was hammered 8-1 in Honduras to end the program’s hopes of qualifying for the 2014 World Cup. He caught the highlights, and that was it. So, for Canada’s great scoring hope for 2018, there really is no emotional baggage.

“I want to go out and win games, to score goals for the team. This is a fresh start for Canada.”

He said he has a great connection with fellow Brampton, Ont. native Atiba Hutchinson, and that Canadian midfield veteran Julian de Guzman has been a great veteran influence on him. And he’s thrilled from what he saw of left winger Junior Hoilett in Canada’s recent friendly against Ghana — Larin was on MLS duty with Orlando City, so he didn’t play in that game.

And, if Hoilett is providing service, he pledges there won’t be a repeat of the Gold Cup, where he missed a gaping net in a group-stage match against El Salvador.

“I’ll make sure the next game I play for Canada, I’ll finish my chances.”