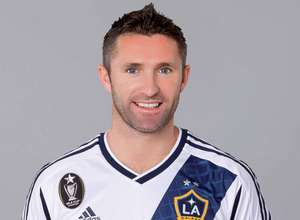 It was a weekend of spectacular goals in MLS, from Marco Di Vaio’s rocket to the corner in Montreal, to Federico Higuain’s audacious chip in Columbus (sorry, Toronto FC fans, for rehashing that).

But, when it came to the player of the week vote, Robbie Keane stood apart from the crowd. His hat trick — with all of the goals coming in the second half — gave his Los Angeles Galaxy the chance to rally from behind and claim a 4-2 win over Western Conference-leading Real Salt Lake.

Keane’s hat trick earned him the most first-place Player-of-the-Week votes from the members of the North American Soccer Reporters.

Keane began scoring when the Galaxy were down 1-0. He scored with a shot inside the post, on the volley and then finished it off with a chip.

How The 11 voted: Keane. Both Di Vaio and Higuain had impressive two-goal performances, but they both came at home to pretty tepid opposition. In Di Vaio’s case, it was D.C. United, and Higuain lit up Toronto FC. Scoring three against Real Salt Lake is a far more impressive task.