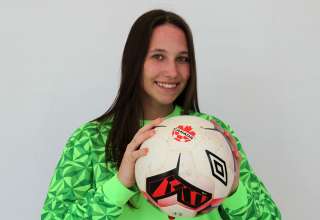 Canada lost its final group-stage game of the CONCACAF U-17 Women’s Championship to the United States by a 1-0 scoreline. But, if not for the heroics of Canadian keeper, Anna Karpenko, the scoreline would have been a lot more severe.

After Friday’s loss, Canada finishes second in Group B. That means the Canadians will face Mexico, the Group A winner, in a Sunday semifinal, while the Americans get Haiti in the other semi.

Both Canada and the United States entered the game knowing they had already qualified for the semifinals of the tourney, which acts as the qualifier for the U-17 Women’s World Cup. But both started strong lineups knowing first place — and avoiding Mexico — was on the line.

Getting to the final means an automatic berth in the World Cup, so dodging Mexico was a pretty large carrot.

But, back to Karpenko. The Americans got a total of 13 shots on target and found the woodwork a couple of times. If not for the work of the Canadian keeper, this one would have been, should have been, over in the first 20 minutes.

In the 17th minute, Karpenko dove to parry away a laser-beam of a shot from Samantha Meza.

She could only look on as Sunshine Fontes crashed a 25-yard drive off the bar.

Canada did have one chance of note; Serita Thurston’s chip shot went off the bar late in the first half.

But, 65 minutes in, Reilyn Turner’s header off a corner kick got the Americans the goal they needed to ensure first place in the group.