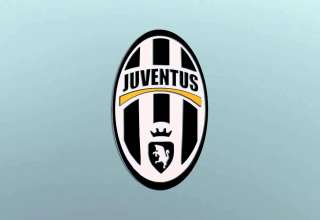 On Monday Major League Soccer announced that Juventus will face Sporting Lisbon at BMO Field on July 23. The match will be part of the Herbalife World Football Challenge, a series of friendlies held throughout North America which includes a July 18 match between the Vancouver Whitecaps and Manchester City.

CAA Sports, one of the world’s largest agencies — which represents the interests of FC Barcelona and Chelsea, and players David Beckham and Cristian Ronaldo — is putting together the World Football Challenge.

The key part of this announcement is that the teams will play at BMO Field, not the Rogers Centre. Last summer, three different international friendlies were staged at the Rogers Centre, which has more than two times the seating capacity of BMO Field’s 21,800.

A match between Juventus and Fiorentina — with many stars missing due to World Cup commitments — filled far less than half the seats at the Rogers Centre. Same went for a match between Inter Milan and Panathinaikos.

A match between Celtic and Manchester United drew an announced crowd of 39,139 to the Rogers Centre, still far short of a sellout. The 500 level of the stadium was almost empty.

“I’m not surprised (about not selling out) because it’s difficult to sell out a game when you’re on the other side of the world,” Celtic manager Neil Lennon said after that match.

Grass was placed in Rogers Centre for the United-Celtic and Inter-Panathinaikos matches.

Toronto has simply had too much of a (good?) thing. It’s hard to get excited about international friendlies when they happen every summer — and their numbers are increasing. Cash-strapped European clubs have turned to North America to try and make a few quick dollars to throw against their growing debt loads. The worse things get over there when it comes to financial mismanagement, the more games we get over here.

And CAA has shown that it won’t bite off more than it can chew. Filling BMO Field is a far more realistic expectation than going back to the stadium.