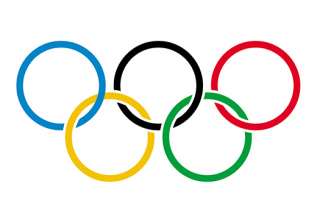 From the City of Toronto’s report on the United World Cup bid for 2026:
“There is one major unknown at this stage of the bidding process. The Mayor’s Advisory Panel on International Hosting Opportunities is clear that the City must confirm the financial support of the federal and provincial governments prior to making a bid for a ‘mega event’ like the FIFA World Cup. This is essential to mitigate financial risks to the City”

From the City of Edmonton’s report:
“Canada Soccer has requested funding from the federal government. Based on the information provided by Canada Soccer, host city costs are estimated at between $35 million to $55 million and do not include any capital requirements that may be needed to host the event. Host city costs depend on the number of Canadian host cities selected.”

Vancouver, Edmonton, Montreal and Toronto are the four shortlisted Canadian cities that could host World Cup matches in 2026, that is if the United bid between Canada, the United States and Mexico defeats the bid from MoroccoWe’ll know in 2021 which of the Canadian cities will be chosen to split the 10 games to be held in this country — provided the United bid is successful.

It’s clear that the Canadian cities are all going forward with the idea that the federal and provincial governments will be paying a lot of the freight. And, even though Canada will host just a fraction of the tournament’s games, stadium upgrades, infrastructure and security don’t come cheap.

Meanwhile, the City of Calgary has raised the ante just a little bit when it comes to potentially bidding for the 2026 Winter Olympics, a push that could be shared with other communities in Western Canada. As the Pyeongchang Olympics go on, Calgary Mayor Naheed Nenshi is there, on a fact-finding mission. He’s shaking hands, he’s learning more about what it takes to host a modern Games (different than when Calgary hosted in 1988) and, maybe most important, advertising the Calgary brand. And, while the feds haven’t officially committed to the United World Cup bid, Minister of Sport and Persons With Disabilities Kirsty Duncan is in Pyeongchang not only to follow up with the Canadian athletes who benefit from government funding, but to talk about the potential bid, as well.

Duncan has said that the feds have not yet committed to an Olympic bid. So, in that sense, Calgary is in the same place as the four potential World Cup cities. A decision on whether or not Calgary will bid has to be made in the coming months.

But Nenshi turned up the volume on Monday, telling Global News from Pyeongchang that, when it comes to Calgary and an Olympic bid,  “We always knew the answer was yes, but being here, the answer is yes, yes, yes!”

So, as Calgary looks to edge closer to a “yes” and four other Canadian cities work towards a World Cup, is someone finally going to take charge ask if these processes are on a collision course? In Edmonton’s report, the No. 1 risk to the World Cup bid identified by administration was… Calgary’s potential Olympic bid. But, really, that has been the only level of government who has put the argument out there. The Calgary bid isn’t mentioned in the Vancouver and Toronto reports. And Calgary City Council’s recent debate on a potential Olympic bid didn’t go over what could be a competing World Cup bid.

For the most part, these two bid processes look to be operating within their silos, and that’s troubling. Both Nenshi and the administrators of the short-listed World Cup-bid cities say that federal government dollars are key to their plans. Without fed money, there are no bids.  It will be ugly, ugly, ugly, if we get to a point where two major bids, with events both set for 2026, end up bashing each other over the heads to try and secure what will be limited federal government dollars.

At some point, the United bid has to acknowledge Calgary’s Olympic bid and say, quite frankly, “WTF?”