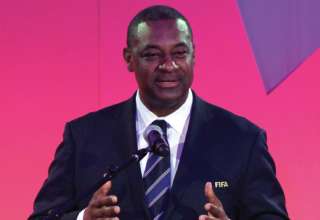 CONCACAF has only hosted three World Cups: Mexico in 1970 and 1986, and the United States in 1994. But, Mexico ‘86 was the end result of Colombia not being able to host the tournament and FIFA needing a replacement, ASAP. So, only twice have CONCACAF nations actually won World-Cup bids. CONCACAF itself isn’t going to take sides — it’s not going to openly favour either Canada, Mexico or the United States — but it has come out strong, saying that, in 2026, it’s about time the World Cup returned to the region…

A Canadian bid for the 2026 World Cup is on the horizon. From CONCACAF’s perspective, the region is deserving of landing that tournament. To CONCACAF, it doesn’t matter if it’s Canada who gets the job done, or another of the countries from North America, Central America and the Caribbean.

CONCACAF president Jeffrey Webb has pulled no punches when expressing his organization’s frustration that it missed out on the 2018 and 2022 tournaments, which were awarded to Russia and Qatar respectively. In mid-May, Webb told a select group of journalists assembled for a meeting in Manhattan that CONCACAF should get the 2026 World Cup after losing its spot in line when FIFA did away with its rotation policy.

The 1994 World Cup held in the United States was the last time a CONCACAF nation hosted the event, meaning a full 32 years will have passed when 2026 comes around.

“It doesn’t matter, for me or one of the 41 members, whether it’s the United States, Mexico or Canada, I believe it is too important for us to host the World Cup in 2026,” he told The11.ca. “And that will have been 32 years, which would have been the longest time since World War II that we have not hosted the World Cup as a confederation.”

Webb said that both South Africa in 2010 and Brazil 2014 were awarded the events because of the rotation policy formerly in place — that is, FIFA awarded the tournament on a continent-by-continent basis. So, if it was Africa’s turn to get the tournament, only African countries would apply.

That rotation policy was announced as part of the fallout of Germany winning the right to host the 2006 World Cup. After a European nation upset the sentimental favourites from South Africa, the rotation put Africa at the top of the list, pretty well ensuring that South Africa would get the 2010 tournament. So, in essence, the policy only existed for the awarding of two World Cups — 2010 and 2014. Neither of those were awarded to CONCACAF. So, essentially, CONCACAF never got the chance to benefit from rotation.

FIFA changed the rules for the awarding of the 2018 and 2022 World Cups. Instead of rotating sites, FIFA instituted a rule that a country could not host a World Cup if another country from its confederation had held either of the previous two. This rule has ramifications for the United States in particular, a country that finished a painful second in the controversial winning bid from Qatar for 2022. If FIFA keeps the new system and Canada did in fact secure the 2026 tournament, the USA would not be able to bid again until World Cup 2038 came up.

Surely, having to wait until 2038 wouldn’t sit well with American representatives, who were understandably angered about the Qatar victory and the subsequent allegations of bribery linked to its bid.

The U.S. Soccer Federation declined to comment for this article, but the organization’s president, Sunil Gulati, also a member of the FIFA Executive Committee, was clear about the U.S.’s modus operandi going forward. During a panel discussion at the Leaders in Sport conference this past May, Gulati publically stated that the U.S. might bid again, but only if FIFA’s rules regarding financial transparency change.

If the United States does bid alongside Canada, it could put Major League Soccer in a difficult situation. With three franchises north of the border, how would MLS support such opposing bids? At the moment, it’s a moot point from the league’s perspective.

“Major League Soccer looks forward to the day when the World Cup returns to North America, however, it’s too preliminary to comment on potential bids at this time,” says

Dan Courtemanche, MLS’s executive vice president, communications, who adds that the league holds the Canadian Soccer Association in “high regard.”

A co-host bid, like that of South Korea and Japan in 2002, remains a possibility in the eyes of some, even though the CSA is already talking about having eight to 10 Canadian host cities ready. But whether its is one or more countries that ultimately host, those with a stake in CONCACAF are adamant the 2026 World Cup has to come to the region.

“We are the biggest losers,” Webb told the11.ca regarding the impact on CONCACAF after FIFA’s rotation policy ended.

“It must be one of the top priorities for us going forward.”