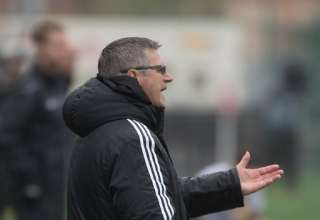 Atletico Madrid is in the Champions League final based on a low-possession, counterattacking strategy and dogged defending. Leicester City wins the Premier League with games to spare. Euro 2016 will feature the likes of Albania, Iceland and Hungary — but won’t have any Dutch orange.

The past year has given FC Edmonton Colin Miller a number of examples he can use to fire up his team as it challenges for the NASL spring-season title. With two games left in the spring season, the Eddies trail the first-place New York Cosmos by one point, and are ahead of Minnesota United and the Indy Eleven by a single point (although both of those clubs have a game in hand).

This weekend, the Eddies can keep the pressure on the leading pack with a win on the road at last-place Miami FC. And while Miller understands that his team is motivated by being the underdog, the players must never get comfortable with where they are in the table and take a lower team for granted. We’ve seen far too many wacky results in soccer this year for anyone to take three points as a given.

“There’s a job to be done,” Miller said before the Eddies head off to South Florida. “They just signed a boy, (Michael) Lahoud, who I think was the one who made the Cosmos tick for many games, and now Miami have him. With him and Richie Ryan in the middle of the park, you can see their intent in Miami is not to be in the league where they are at the moment.”

Miami FC purchased Ryan from Jacksonville, and then bought Lahoud from the Philadelphia Union; the MLS team had loaned Lahoud out to the New York Cosmos, but that spell obviously came to an abrupt end when the Union decided to make the deal with Miami.

And Miller said that, despite the standings, parity is here in NASL.

“Don’t look at the table, because there’s no team in our league that good that can go ‘that’s an automatic three points.’ So, we have to have the same approach as it was the Cosmos.

“We’re not that good, I think it was Daryl (striker Daryl Fordyce) who said on one of the news interviews that we haven’t done anything yet. All we’ve done is get from second bottom of the league at the start of the season to being second top.’

And Miller has noted that Miami FC continues to throw MLS-like money at its roster in order to shake the team up. It reminds him of the Scottish League, when he used to play for the likes of Dunfermline or St. Johnstone, and his clubs had to contend with the big money tossed around by Celtic and Rangers.

“It’s kind of the situation where Rangers and Celtic, in my time, I played against the Laudrups and the Di Canios. And the money that Rangers and Celtic were spending, and we were small provincial clubs. If their club can afford to do that, then good luck to doing that. Good luck to them. You can’t stop them, because of the business model we (in NASL) have in our league. But, even then, it doesn’t guarantee success. The best example is Manchester United. You know, 250 million pounds they’ve spent on a team and the manager’s got sacked because of the style of play that they play. They haven’t been entertaining enough, they haven’t won enough games. It’s great for the league, because we keep the Richie Ryans and the Lahouds in our league, they want to play in our league, but the other side of that is that it doesn’t guarantee success.”

As for the team, midfielder Nik Ledgerwood, who has started every FC Edmonton match so far this season but had to leave Sunday’s win over Carolina, said he is OK to play Saturday in Miami and will make the trip.