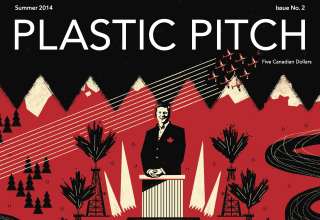 As we enjoy the current World Cup action from Brazil, Canadians can wonder what it would be like to host the world 12 years from now.

Can we afford it? How far are we into our bid for the 2026 World Cup? What kind of support exists from CONCACAF? And what would happen to all of the hard work that’s already gone into the bid if FIFA takes the 2022 World Cup away from Qatar and gives it to the United States?

The second issue of Plastic Pitch, out today, features a 16-page section on Canada’s bid for the World Cup. Get it today on iOS(CLICK HERE), Google Play(CLICK HERE) or Amazon(CLICK HERE). For current subscribers, just grab the new issue when you open the app. 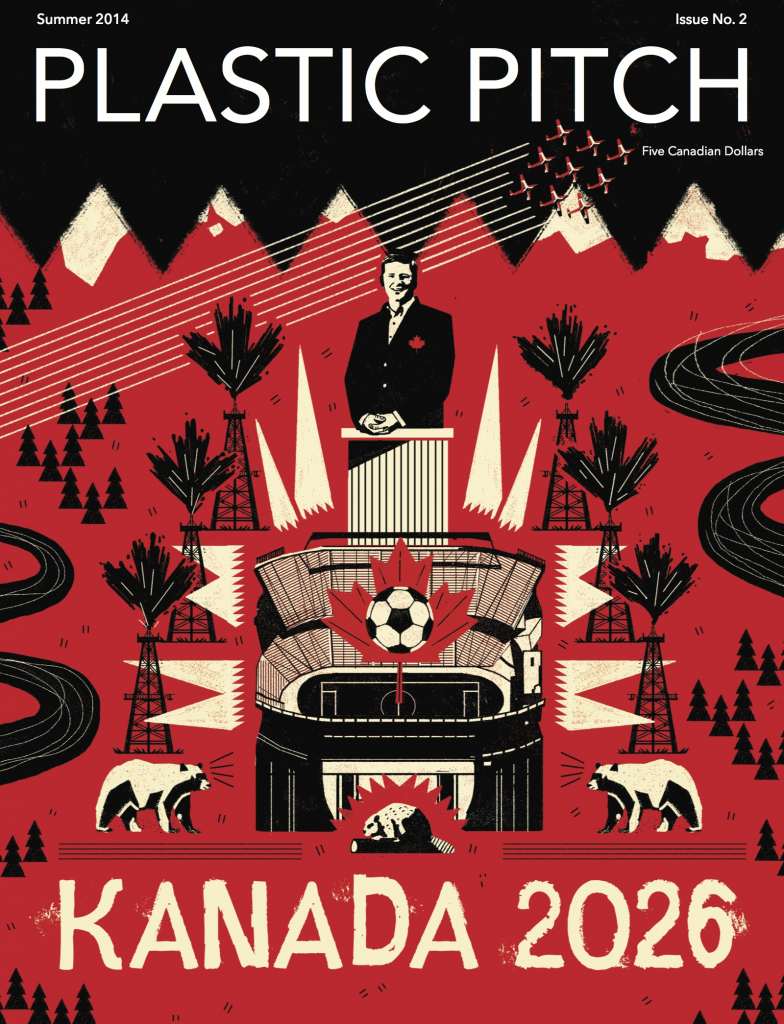 In the issue, you’ll find
• A stunning cover, our World Cup 2026 poster imagined by Josh Holinaty
• Canadian Soccer Association President Victor Montagliani updates us on the progress of Canada’s bid
• Also, Montagliani speaks of the goal of having an all-Canadian Division 1 in place ahead of the World Cup. That’s right — a Division 1 league of our own that would “co-exist” with MLS and NASL
• CONCACAF and MLS: How do they see the bid for Canada 2026?
• Plus, in-depth looks at four likely host cities — Toronto, Montreal, Vancouver and Edmonton. Are the prepared for 2026?

Also, you’ll find these Canadian soccer features
• Philippe Davies: Ready to retire before the Ottawa Fury came calling
• Mallan Roberts: Will he choose Canada or Sierra Leone?
• Issey Nakajima-Farran speaks about the trade that sent him from TFC to the Montreal Impact, and admits it may have been a mistake to come to MLS
• Frank Yallop on the decision to choose the Chicago coaching job, and why he didn’t wait on the Whitecaps
• Sura Yekka on the possibility of representing Canada at the Women’s U-17 World Cup, Women’s U-20 World Cup and Women’s World Cup in just over the space of a calendar year
• Rhian Wilkinson on leaving the NWSL
• Kevin Holness brings the spirit of soccer back to Saskatchewan

PLUS: You can win one of the BRAND NEW Canada jerseys from Umbro Canada — those new kits make their debut June 18 when Canada’s national women’s team faces the Germans at BC Place.

Thanks again to all our subscribers and supporters!