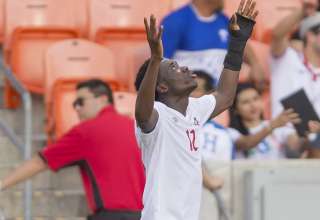 Six years ago, the Montreal Impact and Vancouver Whitecaps clashed on MLS First Kick weekend. The script was that this was an “all-Canadian” matchup. On that day, the Whitecaps started zero Canadians. The Impact started one… Patrice Bernier.

The two teams met for the First Kick opener at BC Place this past weekend, and what a change. The teams combined to put a total of seven Canadians on the field. There was a goal and an assist from teenager Alphonso Davies.

So, as we begin yet another season of tracking the minutes played by Canadians in North America’s pro leagues, Davies’s first-ever MLS goal highlighted a day which saw the Whitecaps and Impact combine to give 523 combined minutes to Canadians.

As well, we shouldn’t forget that LAFC played its first-ever MLS regular-season match, and won in Seattle. Mark-Anthony Kaye started and got an assist on LAFC’s first-ever goal, and defender Dejan Jakovic played the full 90.

Here are the rankings after the first week of MLS play:

MLS MINUTES BY PLAYER, THE CANADIANS