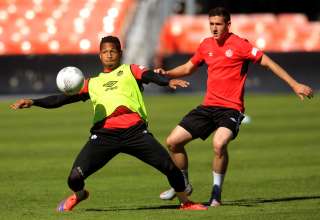 With York 9, Manny Aparicio will get the chance to do something he didn’t get to do in three years as a Toronto FC player. And that’s play a league game in front of family and friends.

Aparicio has one senior men’s national-team cap; he played two minutes of a 2014 friendly against Colombia.  He represented Canada at the 2015 Pan Am Games and played for the U-20 side at the 2015 CONCACAF Championship.

Aparicio and York 9 Coach and Technical Director Jim Brennan know each other from TFC’s Academy. Aparicio was signed to a senior TFC contract in 2013 out of the academy.