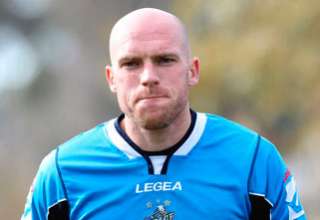 Going into Wednesday’s home date with the Montreal Impact, the winless Atlanta Silverbacks had scored just three times all season long — and were on a five-game goalless streak as a team.

Even with striker Ali Gerba on Gold Cup duty for Canada, the Impact should have the depth to handle what is easily the popgun squad of NASL.

But, just 13 minutes in, the Silverbacks had broken their five-game duck. Midfielder Marco Perez got to a bouncing ball that Impact defender Philippe Billy was far too casual to get to, got the ball past the back line, and squared it to Raphael Cox, who slammed the ball into an open goal.

It got worse just 21 minutes later; a mixup in the Montreal backline allowed Cox to pounce on a ball just a few feet from the Impact goal. He caught Impact goalkeeper Bill Gaudette flat-footed, and slid the ball for striker Matt Horth to slot home.

The Impact’s dreadful passing out of the back, the holes allowed in the midfield and on the wings, made a team that scores about once a month to create a series of dangerous scoring chances.

To make things worse, Impact coach Marc Dos Santos was forced into two changes before halftime, having to take out Anthony Le Gall after just 14 minutes, and Reda Agourram in the 36th.

Idriss Ech-Chergui, who came on for Le Gall, delivered a cross that Mignane Diouf headed off underside of the crossbar and in to halve the Silverbacks’ lead before halftime.

While Ech-Chergui made the cross and Diouf got to the ball to notch his second goal in as many games, the clear fault on the goal has to go to Silverback keeper Jimmy Maurer, who got his positioning all wrong on a cross that wasn’t too far from goal. He got his back turned to the cross, lost his command of the box and was back on the goal line, helpless, when the ball was headed home.

Maurer tried to singlehandedly gift the Impact a point. Late in the second half, sub Zurab Tsiskaridze saw the keeper wandering off his line, and chipped the ball over him. But, it smacked off the crossbar and out of play.

It was as close as the Impact would come. With a minute left, a furious Antonio Ribeiro saw red after a clash on a 50-50 ball with Atlanta defender Tyler Ruthven. It was Ribeiro’s second yellow of the game, and he took his time leaving the field, ensuring that the officials knew of his displeasure with the call.

Right before the death, Atlanta midfielder Ciaran O’Brien needed to be restrained after he was thrown to the turf by the Impact’s Hassoun Camara.

But, when the final whistle sounded, the Silverbacks had every reason to celebrate. And, with just two wins on the season, the Impact has gone from pre-season favourite to also-ran in its last season of Div.-2 soccer.