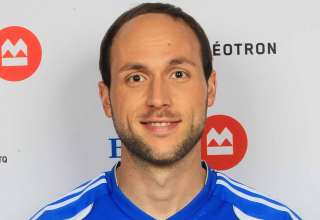 Watching the Montreal Impact in the final game of the preseason Walt Disney World Pro Soccer Classic, it was hard to tell if this team is eager for the regular season to start next Saturday in Seattle, or if it’s nowhere near ready.

Montreal beat Columbus 1-0, in a game that told us very little outside of the teams probable starting lineups for next week. Oh, and it gave the Impact the Walt Disney World title, though few people outside of Florida tourism marketers care about that.

With just seven days to go before First Kick, coach Marco Schallibaum went with a starting XI that we’d imagine would start the season in Seattle, a 4-1-4-1 formation designed to get the ball wide to Andrea Pisanu on the right side and trying to get striker Marco Di Vaio into one-on-one matches with one of the opposition central defenders. The 4-1-4-1 should also do a better job of protecting Alessandro Nesta, Matteo Ferrari and an Impact defence corps that has plenty of guile but not a lot of footspeed.

But, both teams began the game in first gear, and didn’t get out of it. Neither team was stretched and scoring opportunities were limited to half chances. And it was hard to tell if both the Impact and Crew were going through the paces, saving energy for their openers, or if this game was a sign of two teams screaming for more preseason time.

The only real incidents of note in a pedestrian first half were a couple of yellow-card challenges, with Pisanu being rightly booked for delivering a forearm smash, while Hassoun Camara, who looked composed in the right fullback role, was victimized by a late scissor tackle from the Crew’s Shawn Sloan. And, in some books, it could have been a red.

The second half was brightened by the only goal of the game, Justin Mapp corraled a bouncing ball at the top of the Columbus box and, despite the presence of six Crew players between himself and the goal, he was able to smack a seeing-eye shot that bounded off the inside of the post and just over the line.

The game’s finish was so unremarkable that ESPN resorted to showing replay after replay of Impact keeper Troy Perkins making a fairly routine catch.

Claudio Bieler, SKC’s new Designated Player got the goal, but of note to TFC supporters was the decision to begin the final official game of preseason with three trialists in the lineup. Remember that both the Impact and Crew were going with their probable opening-day starters.

Is this a sign that TFC still is up in the air about who is going to play and who isn’t. Or, maybe even more worrying, that some of the trialists are actually in line for starting jobs, at least for next week?

Taylor Morgan, who has impressed in camp after being taken near the bottom of the Supplemental Draft, got a start, as did left back Justin Davis, best known for his time with the Minnesota Stars of the NASL. And Jonathan Osorio, the local product out of the academy, had one final chance to make an impression in a game situation.

But Morgan’s time to make a last impression with the TFC brass was cut short at 60 minutes; TFC defender Darren O’Dea had just been sent off for picking up his second yellow, forcing a move to withdraw the attacking Morgan for young centre back Gale Agbossoumonde.

While the game offered another chance (at least partly) for the central defensive pair of O’Dea and Danny Caliiff to get to know each other, there will be a lot of fretting from TFC supporters ahead of next week’s first kick.

The truth is that, with four games and a scrimmage at the Walt Disney World Classic, is it enough prep for the season? Last year, coach Aron Winter was rightly criticized for running an abbreviated preseason camp — and the results showed in a nine game winless streak to start the season. Frankly, this season’s preseason activity, in terms of game action, hasn’t been longer, though some starters — such as O’Dea and Califf — have had the chance to put in minutes.

But a broken nose has limited No. 1 keeper Stefan Frei to a half of action.

Really, TFC supporters need to see the first three or four weeks of the regular season as an extension of the season.