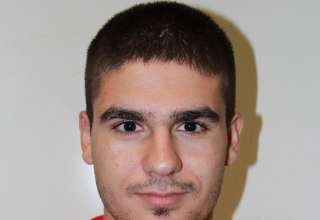 Former TFC Academy product Stefan Vukovic has played for the Montreal Impact’s U21 team, but he has not yet committed to the program.

The Impact confirmed on Tuesday that Vukovic is in Montreal “on trial” with the U-21 team.

Toronto FC supporters were more than a little surprised to find out that Vukovic played in the Impact U21’s 1-1 draw last week against the Rochester Rhinos of the USL. Vukovic came on as a 65th-minute sub and provided the through ball that led to Alessandro Riggi’s equalizing goal.

Vukovic was at training camp with Toronto FC, and there were shows of support from the team’s fan base for the promotion of the Academy prospect to the big club.

Vukovic finished the 2011 season as the top scorer in the Canadian Soccer League, with 18 for the TFC Academy side. In December, he was named to the roster of Canada’s U-20 identification camp, as coach Nick Dasovic began his preparations to try and qualify for the 2013 U-20 World Cup in Turkey.

As a 1993-born player, Vukovic has reached the age of majority, and Toronto FC’s Academy teams stop at the U-18 level, meaning Vukovic is now too old to play there. So that really means big club, or else. And the Impact has an U21 program.

But even though age is a big factor with Vukovic, his departure is yet another switch in the youth ranks of the Canadian teams.

Former TFC Academy players Dylan Carreiro and Michael Petrasso had spent most of 2012 with SC Toronto of the CSL, preparing for their move to Queens Park Rangers. Toronto FC confirmed that the pair were no longer part of the Academy after the two had decided on different career paths.

As well, Sadi Jalali, who scored for Canada at the U-17 World Cup, had pledged his future to FC Edmonton if his trial with Kaiserslautern didn’t pan out. But, when he returned to Canada, he went to the Whitecaps Residency, as he and his family had fired the agent who had made the right-of-first-refusal deal with the Eddies.

It is extremely difficult, in the case of minors who aren’t getting paid for their work, for teams to make cases that players “belong” to them. And the amount of movement we are seeing at the Academy level is a sign of just how portable youth players can be. MLS and other leagues can place territorial restrictions on academies, but making a legal case of holding a minor within a club is probably a legal battle no club would ever want to take on.