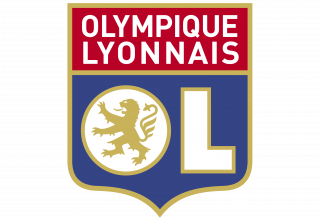 In late July, between July 14-28 the Montreal Impact has a tough schedule which sees the club play four matches in just a little over two weeks.

The Impact announced Wednesday that French powerhouse (well, not so much this season) Olympique Lyonnais will visit Stade Saputo July 24 to take on the Impact.

As for that July schedule Montreal goes to Philadelphia on the 14th, hosts New England on the 18th, travels to Houston on the 21st and hosts the Red Bulls on the 28th. With so many games around the date of the friendly, some serious questions would need to be asked of the Impact if any of the first-team regulars get significant minutes for a revenue-generating friendly.

And we’ll see if Montreal soon gets the friendly fatigue that is commonplace in Toronto, where basically no announcement of any touring European club is met with any kind of excitement, because these exhibitions have become the rule, not the exception.

OL finished a distant fourth in Ligue 1 this season, placing 18 points behind champions Montpelier. OL is well-known throughout Europe for an aggressive buying and selling plan which allows the club to feed talent to the big power teams, yet still bring in top young talent. And, unfortunately, clubs that do the right thing — play attractive soccer with the understanding that you can’t bleed red ink — aren’t celebrated enough by the European soccer media which often treats front-office issues with kid gloves (or not at all).

“Olympique Lyonnais is very happy to be playing a friendly against the most francophone team in Major League Soccer: the Montreal Impact,” declared the president of Olympique Lyonnais, Jean-Michel Aulas, in a release issued by the Impact. “With this game, we hope to build a strong relationship with our friends at the Impact, a club that is having a good inaugural season in MLS and who has an incredible fan base.”

Season-ticket holders will get first crack at tickets, which will be priced from $20 to $85. It will be interesting to see if Stade Saputo sees a move on tickets, or if hardcore fans will see this as an unnecessary excursion for an Impact team that has a brutal MLS schedule at that time.