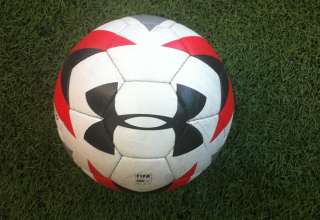 In North American soccer, we go through a lot of needless angst. We waste so much of our lives on my-league-is-better-than-your-league banter. Why?

In a system without promotion and relegation, why is it important for us to have divisional distinctions for leagues? Really, why do we care so much what a series of suit-and-tie guys deem to be Divisions 1, 2 and 3 in North America?

Right now, a group of North American Soccer League owners — including FC Edmonton’s Tom Fath — and potential expansion-team owners are working to save the league. A lot of us North American soccer followers are waiting on the United States Soccer Federation’s decision on whether or not the NASL will keep its Division-2 status, or if the USL will move up from Division-3 to Division-2.

Neither the NASL or USL would qualify for Division-2 status based on the USSF’s rules for such things. Both would require sympathy from the federation to get the waivers needed to be able to tell their fans, “look at us, we’re Division-2! We matter!”

Yet, there is no competitive movement of teams between the three leagues; all movement from NASL to MLS to USL to MLS is done for financial reasons.

So, why do we need to be told that MLS is Division-1? Is it because, by holding meetings every year, the federations in the U.S. and Canada can “sanction” things? Is it because the word “sanction” is just cool to say? Sanction. Say it with me. Sanct-ION.

Isn’t it obvious that it’s the biggest soccer league in Canada and the United States, just like we know the NHL is the biggest hockey league in the world? We don’t need Hockey Canada and USA Hockey to tell us “the league that has the NBC and Rogers TV deals and the Rangers and the Leafs and the two L.A.-area teams is bigger than the American Hockey League.” Toronto FC and the Montreal Impact set Canadian TV ratings records for their MLS semifinal, do Canadians really need a divisional distinction to understand the league that’s home to TFC, the Whitecaps and Impact is a level up from the ones that have Edmonton and Ottawa as members?

Likewise, do American fans really need to be told which league is the biggest based on an arbitrary set of rules? Why do we need our leagues all put into boxes? They do the divisonal structure in other countries because, well, if you win a lower league, you get to move up to a bigger league. We don’t do that in North America — in any sports league, whether it be soccer, hockey, baseball, basketball or football.

Yet soccer, unlike the other sports, has to give us the penis-measuring-sticks of needing to let us know what constitutes first division, second, third and so on. Shouldn’t we instead be letting leagues focus on building their teams, no matter how big or small their markets, or stadiums? Shouldn’t the owners decide how big or small a stadium or market they can live with? Why is it that we feel we need to tell the person, who is going to lose millions upon millions (at least in the short-term) investing in something as silly as soccer, what to do? Shouldn’t we simply hope for soccer to be successful in as many markets as possible, without needing to have someone tell you that the league you support is bigger than the league the guy across the street follows? Shouldn’t we have an environment where we’re thankful for investment into the game, no matter the league?

Funny; MLS can put teams in football stadiums in Seattle, get average attendances that rival some European leagues and have national TV deals outside of streaming entities. Teams have the budgets to sign star players. Wait, I need someone to tell me it’s Division-1. Right. OK. NASL and USL are smaller-scale leagues, with many USL teams acting as feeder teams to their MLS affiliates. Guess what? USSF tells us that they are lower-division teams! Wow, thanks. I’d never have figured that out.

But, divisional debates are entrenched in the leagues. At one time the NASL considered court action so it could get the vaunted Div-1 status. Exit fees in NASL are scaled based on what happens to the league’s sanctioning. If the NASL drops to Div-3, the exit fees are discounted.

To the leagues, these distinctions are important because of the optics. We are told that a league needs a divisional sanction so it can notify potential and sponsors of its place in the pyramid.

That’s because a  potential sponsor needs to be told how big the league is. The sponsor’s agency isn’t going to look your TV ratings, your reach and what markets the league is in — no, no no. What it needs to know is, well, what division are you? You know, sponsors don’t do any market research. They never base their decisions on how many eyeballs are on your games or what’s the median income of your fan base. They don’t look at how many young, single males you have watching — the kind of viewers who tend to spend money like, well, young, single males.

There are is one valid reason for the divisional sanctions; and that’s to seed the teams for the cup competitions. In both the U.S. Open Cup and Voyageurs Cup, the MLS teams get to be parachuted into the tournament at later stages, just like the Premiership teams join in the late rounds of the FA Cup. But, really, maybe both the American and Canadian cups would benefit if all the pro clubs came in at the same time; really, it’s not like the MLS teams play their starters in the Cup games, anyway.

The Canadian Soccer Association has long watched the USSF divisional debate — which affects five professional teams north of the border – with a bit of a head shake. CSA president Victor Montagliani, elected to the top CONCACAF post in 2016, has openly wondered why there’s so much fretting about divisions when all team movement is based on finances. MLS has selected both USL and NASL teams to join their league, so it’s not like the divisional distinctions matter that much in terms of moving to the biggest league. Montagliani has said that, with all five Canadian teams qualifying for our national championship, the Voyageurs Cup, divisional distinctions are unnecessary.

(Yet, we also fall into the trap of calling the under-construction Canadian Premier League “Division 1A.”)

And, as long as we have divisional rankings and distinctions, we keep the promotion-relegation debate alive. We invite this back-and-forth by saying one league is level three, while another is level one. Of course the natural reaction to ranking leagues is to debate the merits of allowing teams to move up (and down) the ladder based on their wins (and losses). So, if you think it’s so important that NASL be Div-2 and USL be Div-3 — or vice versa — it’s massively hypocritical to rip people who support pro-rel.

So, imagine if the USSF decided to tear up its rulebook and said, “to hell with this.” What if the USSF domos said, “we’ll give support to pro soccer in the continent, you leagues do what you need to do in order to build your fan bases. We will sanction you as professional leagues, but that’s all. No rankings. We want to be a resource to help build the game. Pay your players on time. Pay them fairly.  Good luck to you all.”

Well, Twitter would lose out. I mean, how much time have we wasted on social media with divisional debates? We could all go back to our lives, or something. Or maybe we could all discover that we might indeed HAVE lives.