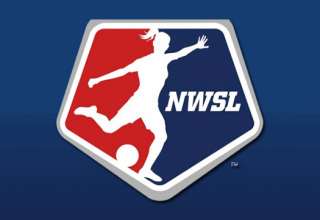 The Washington Spirit is enduring a miserable first season in NWSL, but there has been a Canadian silver lining in the team’s stormy campaign.

And that’s the play of Canadian national team regular Diana Matheson. On Tuesday, she was named the NWSL player of the week.

Matheson was involved in both goals the Spirit scored this past week, in a series of 1-0 wins over the Chicago Red Stars and the Seattle Reign. Two 1-0 wins, not bad, you say? The two wins came after a 13-game winless streak for the last-place Spirit.

In the win that broke the streak, Matheson set up Lupita Worbis’s match-deciding goal. And, in the match against the Reign, the Canadian scored in the 83rd minute.

Despite the Spirit’s disappointing season, Matheson has eight goals, good enough for fourth on the NWSL charts. How important is Matheson to her team? No other Spirit player has more than two goals this season.

And, the Spirit has scored just 15 goals as a team this season. Matheson has eight goals and three assists. Work out the math: Matheson has been involved in 73 per cent of her team’s goals so far this season.