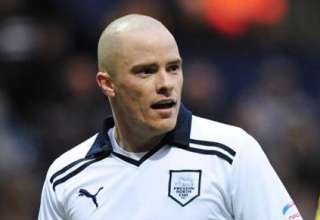 Canadian international Iain Hume scored a goal, got screamed at by his manager at halftime, then scored again, as Preston North End defeated Exeter 2-1 Saturday.

The first goal of the match was Hume’s 100th career goal in English league football.

The win puts PNE nine points clear of the relegation zone in English League One.

Hume now has nine goals on the season, eight in league play.

But, it was an odd way to score a brace.

Hume opened the scoring 12 minutes in, when a low cross from Danny Mayor found the product of the Brampton, Ont. soccer factory at the back post.

Thing is, even though Hume scored, neither he nor his manager, Graham Westley, thought he was playing all that well. As Hume was quoted on PNE’s official website:

“I didn’t do as much in the first half as I would have liked, even though I scored the opening goal I wasn’t at the races and I got a telling off at half-time,” he said. “In my own eyes I have not played that poorly this season even when I haven’t been 100 per cent fit, but I was disappointed with myself even though I scored.

“I rightfully got told off at half-time and in the second half I looked a bit more like myself and I was holding the ball up and I was doing things that I normally do.”

Hume got a bit of fortune when Artur Krysiak, Exter’s Polish goalie, misplayed a ball in the late stages of the game, giving the Canadian an open goal. Hume didn’t miss.