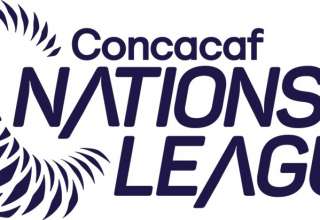 Canada now has its qualifying path set for the 2019 Gold Cup and the new CONCACAF Nations League.

The draw was held this morning, and includes all of the federations in the region, except for the six who made it the Hex in the previous World Cup qualifying cycle. Those six qualify directly for the Gold Cup and will be place in Tier A of the new Nations League.

Canada is CONCACAF’s highest ranked nation outside of the Hex.

The new process, which is meant to give the teams in the region more meaningful games, is about as simple as advance-level quantum physics. Really, if you can get the CONCACAF process down, shut down this website RIGHT NOW and go apply for a job at NASA.

OK, genius, what are you still doing here? Right… you’re like the 99.999999 per cent of us who need this broken down into easy-to-understand chunks.

First off, Canada has four qualifiers coming up. This September, the Canadians will face the British Virgin Islands (corrected: U.S. Virgin Islands, see comments below), the lowest ranked CONCACAF member. Then, Canada is home to Dominica in October, away to St. Kitts and Nevis in November. Then, in March 2019, Canada will host French Guiana.

You’re saying to yourself — “wow, these are minnows.” Then I’ll remind you about that time in 2013 when Canada lost to Martinique, or in 2011, when Canada scraped by Guadeloupe.

So, what do these qualifiers mean? Well, they’ll influence CONCACAF’s ranking system. After these matches, 10 teams will join those from the Hex at the Gold Cup.

As well, the top six teams from qualifying will join those Hex teams in the A tier of the new Nations League. From there, those 12 teams will be divided into four groups of three. Four group winners go to the Championship Round, the bottom teams in each group get… drum roll please… relegated.

The B Tier will have 16 teams, four groups of four teams.

The C Tier has the rest.

So, the expectation will be that Canada blows through its qualifiers, goes to the Gold Cup and, well, joins the big boys in Tier A of the Nations League. And that’s where it will get interesting, with potential games against the likes of Mexico and/or the United States (wait, the U.S. didn’t qualify for the World Cup).

And, once that happens, we have the pleasure of trying to explain the Nations League  to all of our friends who aren’t soccer geeks like us. It will be “Nations League, not National League.”

Come on, once you explain the qualifying process, the tiers and the promotion-relegation ladders a few times, you’ll get it down.