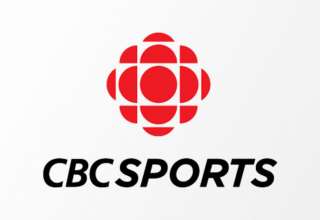 CBC claimed that the Sunday morning broadcast (early afternoon in Eastern time zones) average 662,000 viewers, a healthy number. In fact, that’s a fantastic number considering that CBC didn’t have a heck of a lot to use as promotional material in the months leading up to the WWC opener.

In the weeks leading up to the WWC, coach Carolina Morace sequestered the national team in Italy, far away from the Canadian media. Friendlies were played behind closed doors. So, as Morace wanted, the Canadian team got no coverage whatsoever in the mainstream media. Can’t blame any newspaper editor or assignment editor or news director; who would spend a sizable budget to send a reporter to Italy to cover a team that doesn’t want to be covered?

So, Mothercorp had to deal with the fact that, with no home friendlies in the last year, the Canadian women’s team was off the radar. That’s why 662,000 was such an impressive number.

CBC did get a boost from the marquee appeal of the opener — our home side against the No. 1 side in the world (and hosts). The WWC kicked off with — for Canadian viewers, at least — the most glamorous match-up of the group stage. Canada’s game against France won’t do nearly the same number, for the simple fact that it’s going to kick off in the middle of a Thursday work day, compared to a Sunday match for the opener.

When CBC used to air Coronation Street on Sunday mornings, it would earn between 650,000-700,000 viewers. So the WWC was in line with that in terms of Sunday fare.

The least-watched game of the elimination round at South Africa 2010 was the Uruguay-South Korea match, and it pulled in 1.453 million viewers, more than double Canada-Germany on Sunday.

The Blue Jays’ season opener against the Minnesota Twins drew just over a million viewers on Sportsnet.

Now, this is really unfair, but Game 7 of the Stanley Cup final, also known as the Vancouver riot preamble, averaged almost 9 million viewers in Canada, or about 14 times the Canada-Germany audience. But that game was in prime time and that’s, well, hockey.

Of course, for the men’s national team, a 662,000 number would be an astronomical achievement. But that’s an unfair comparison, too. Canada’s men play on Sportsnet, which doesn’t have the same reach as the CBC. And, the recent Gold Cup games were placed on the specialty Sportsnet One channel, as Rogers prioritized its Blue Jays broadcasts.

And, you can’t deny that it wasn’t the right business decision. Rogers owns the Blue Jays, so its property is going to get priority. In the end, Rogers doesn’t exist to be some magnanimous provider of soccer for the greater good. It has to make money. And it will promote its own product ahead of the other fare. That is something for the Canadian Soccer Association to consider when it next looks to sign a TV deal for the men’s games. According to the CRTC, Rogers Sportsnet made a pre-tax profit of $47.1 million in 2010; revenue went from $186 million in 2009 to almost $217 million in 2010. It’s not like this is a network that makes bad business decisions.

But back to the women’s game. If Canada’s TV number was encouraging, what about the host Germans? The number of Germans who watched the final few minutes, as the home team hung on after Sinclair scored on a textbook free kick to close the gap to 2-1, was 18 million.

Or, about a quarter of the country’s population.

What’s amazing is how German fans turned on to the Canadian women’s team after the game. Use this site as an example. Visitors from Germany usually make up less than one per cent of the hits to this site. On Sunday and Monday, there were more visitors from Germany than there were from Canadian computers. For The11.ca, that’s an astounding shift. And, looking at the analytics, a lot of them found the site by searching for “Christine Sinclair.”

And, they combed the archives of the site, looking through the women’s soccer section for any scraps of news about the Canadian team they could find.

The Germans are setting the bar very,very high. We will be hard-pressed to match their enthusiasm when we host the Women’s World Cup in 2015.