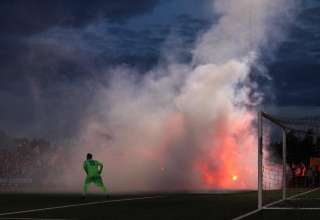 The hottest place in Canadian Soccer is Laval, Quebec. There’s smoke on the field, fire in the stands, and a late game-winner!

The road to the Voyageurs Cup got a little longer this year with the addition of an early qualifying round between the champs of League1 Ontario and the PLSQ.

And it was the Quebec champs who have the advantage after Wednesday’s first leg, as AS Blainville secured a 2-1 win over the Oakville Blue Devils, thanks to a last-gasp goal from former Montreal Impact and Ottawa Fury forward Pierre-Rudolph Mayard.

(For trivia buffs, in 2009, Mayard drew the penalty that led to the Impact’s lone goal in the infamous 6-1 Canadian Championship loss to Toronto FC, better known as the “Miracle in Montreal.”) 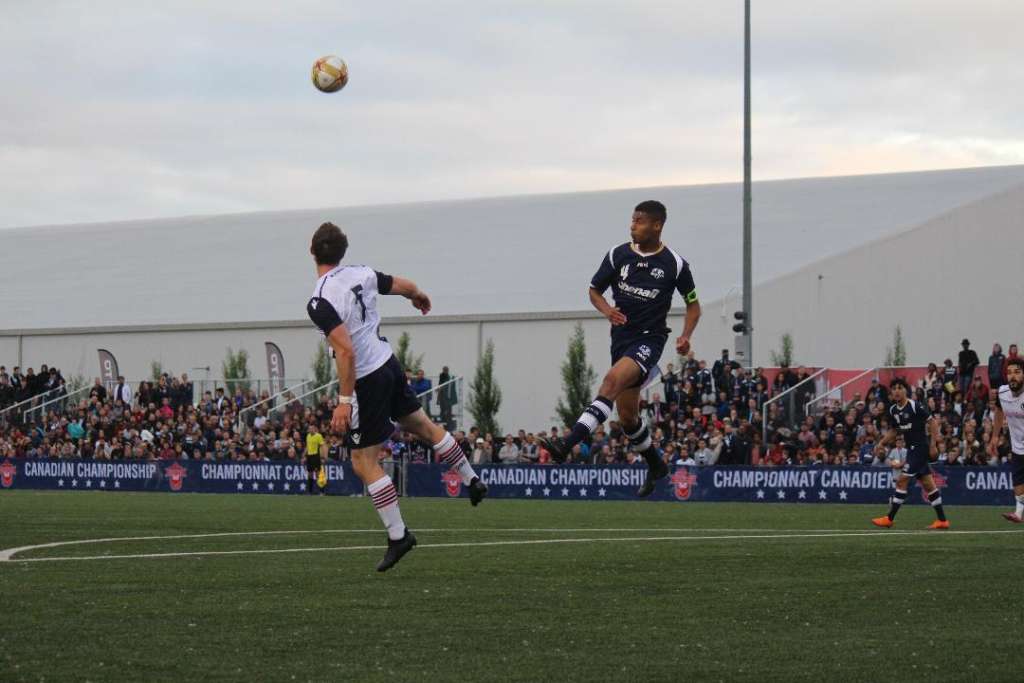 Well, now that Mayard has got a Canadian Championship match-winner, he’ll now have a much happier story to recount about the tournament.

But, back to the  beginning. Blainville put the visitors under the gun right off the opening kickoff. It was Mitchell Syla’s well-placed low shot from the right side of the penalty area gave the hosts a 1-0 lead. He was in the right place, at the right time, after Maxime Leconte had the ball poked away by an Oakville defender as he made a spirited run across the top of the penalty area.

Oakville tied the game with just a little more than six minutes left in the first half. A low cross that Blainville keeper Erwann Ofouya should have handled easily was turned into a large misadventure. He lunged for the ball, spilled it, and Anthony Novak pounced on the gift and pounded the unexpectedly loose ball into the net.

Just after the hour mark, the game was delayed when flares lit by the Blainville fans created a massive cloud of smoke that hung over the field and reduced visibility to about the same as a December whiteout. 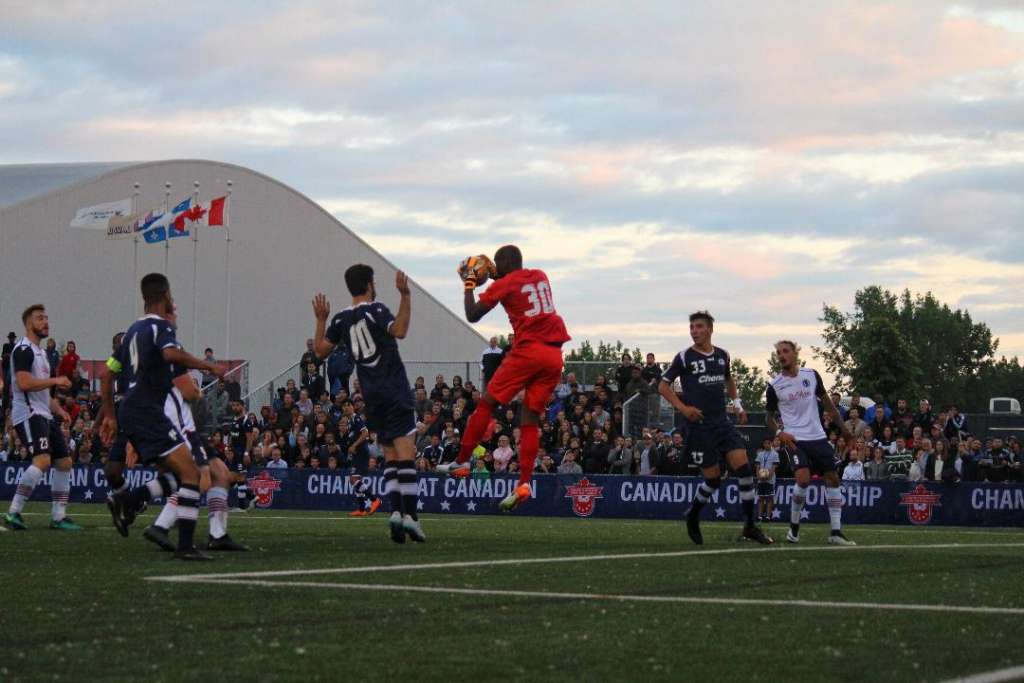 After the pyrotechnic display from the fans, the home side provided some fireworks of its own in the 93rd minute. Off a corner kick, Blainville’s Nafi Dicko-Raynauld had his first chance stopped, then had an open net for the second. He rifled his attempt off the underside of the bar. But Mayard got to the loose ball, leapt, got perpendicular to the ground, and launched a volley for the most spectacular wide-open-net goal you’ll ever see.

That winner set the home crowd off into grand celebrations, and adds yet another stoppage-time match winner to tournament lore, joining the likes of Will Johnson’s leg-breaker, Patrice Bernier’s penalty, Michael Nonni’s high drive and Matias Laba’s slow roller. It’s ridiculous when you think of how many Canadian Championships games and series have been decided in stoppage time — the tournament has provided so many moments of late drama, heck, we kind of take it for granted.