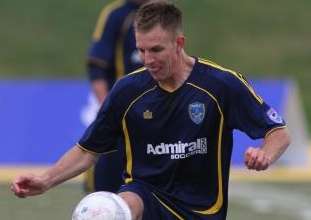 One of the newest Eddies is at a loss to explain why FC Edmonton finished dead-last on the NASL last season.

“I know that Edmonton has a ton of good players,” said midfielder Neil Hlavaty over the phone from Boston, where he is enjoying the holiday weekend with family. “I wasn’t here so I don’t know what happened in the past outside of the fact Edmonton was unlucky in a lot of games.

“It is hard to figure out why this team didn’t get better results with the talent they have.”

On Wednesday, the Eddies announced they had signed Hlavaty, who spent the last three years in Minnesota and won a Soccer Bowl in 2011, and Jamaican left back Lance Laing.

Laing spent the last two seasons in Fort Lauderdale, and was a member of the NASL Best XI in 2011.

Hlavaty said his decision was influenced by his need for a change.

“I wanted a change in my career,” he said. “I’ve been in Minnesota three years, now. I had proven myself there. I had success there. I wanted to go to a new atmosphere, play with new guys, which will help me to grow my game.”

And Hlavaty said the turnaround from last-place team to contender can happen fast.

“It is along trip to Edmonton. The surface is tough to play on. We have to use that to our advantage, we should win most of our games at home.”