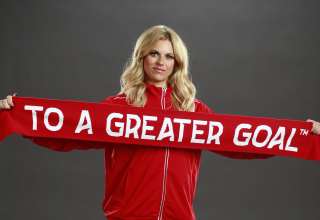 Sometimes, on the eves of big tournaments, coaches will try experimental lineups and formations — in an attempt to throw off anyone who might be scouting them.

But, don’t expect Thursday’s friendly between the national women’s teams of France and Canada to be a cagey affair. Canadian women’s national-team Coach John Herdman says both teams will be trying to prove their points; they won’t use the game as an opportunity to confuse the rest of the Women’s World Cup field.

Canada will declare its Women’s World Cup roster on April 27. So, Thursday’s friendly in the Paris suburb of Bondoufle is the last chance for many of the players on the roster (see below) to make their cases for inclusion.

Herdman said that he thinks France is the best team in the world at this point — but playing Canada has proved to be a problem for the squad, including the 2012 Olympic bronze medal game which saw the Canadians win on a goal from Diana Matheson in the dying seconds of regulation.

“France offered us this game, and I think it’s for a reason,” said Herdman. “I think it’s because we’re a bogey team for them.”

As for the way Canada approaches the game, Herdman said the game will be about seeing how the team stacks up ahead of the roster selection.

“We can see if people can live with the roles that they’ve been handed.”

And Herdman was clear that he still has some decisions to make.

“The (World Cup) roster is not confirmed in our minds.”

Herdman said that defender Lauren Sesselmann will see action tomorrow, making her first appearance for Canada in a year, as she’s finally recovered from a knee injury. However, the status of Matheson is not so clear. She was hurt in an October friendly against Japan in Edmonton; she damaged her ACL and is still not ready to play. With the roster decision coming in a little less than three weeks, her timeline for recovery is now very, very short.

Herdman said that when an athlete comes back from an ACL injury, there are “ups and downs;” that is, signs of marked progress are pockmarked by setbacks.

If Matheson won’t be ready, it makes for one more decision that Herdman will have to make. And this is why we can expect as close to a World Cup-like set-up from Canada as can be when the players take the field in France on Thursday.