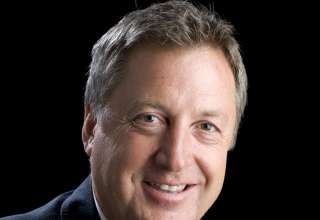 Next week, FC Edmonton, the Montreal Impact, Toronto FC and the Vancouver Whitecaps will be adversaries in the race for the Voyageurs’ Cup.

But, this week, the three MLS and one NASL side are united. On Thursday, the four clubs issued a joint press release, pledging their support for candidate Rob Newman ahead of the May 5 Canadian Soccer Association presidential election.

Make no mistake. This is unprecedented stuff. In North America, sports teams’ front offices usually work behind the scenes when it comes to political issues and don’t make public pronouncements on their positions. Too many risks, too many bridges that can be burned. But this times is different. And the clubs discussed this before issuing the statement, weighing the pros against the cons.

“There were two trains of thought,” said FC Edmonton general manager Tom Leip. “The first was there could be a backlash from the CSA against the professional teams, if Rob doesn’t win the election. That was discussed. “But we also looked at the fact that the professional clubs need to take a leadership role within the CSA. And if we want to take that leadership role, we have to set an example.”

“Next month’s elections at the CSA Annual General Meeting will be a critical moment in time for the game of soccer in Canada,” said MLSE executive vice president and chief operating officer Tom Anselmi, who spoke on behalf of Canada’s four professional clubs in the joint release. “As a CSA vice president, Rob Newman has demonstrated unwavering support and commitment to governance reform and has the wide range of leadership skills and experience required to lead the restructured CSA board of directors. We’re confident that Rob is the individual best suited to complete the required reforms, and deliver on a viable national vision for the sport.”

According to the joint statement made by the clubs, “As committed stakeholders in Canadian soccer, FC Edmonton, Montreal Impact, Toronto FC, and Vancouver Whitecaps FC stand together in the strong belief that there is massive potential to grow soccer at all levels in Canada. For this to be truly achieved, Canadian soccer requires a strong national governing body to build relationships between all stakeholders, enhance fiscal responsibility and growth, and deliver a clear pathway for player development that will result in improved on-field performance of national teams at all levels. CSA governance reform and the ensuing support of the corporate community are essential to achieving this growth, requiring a move from an operational to a skills-based governing board.”

“We believe Rob Newman is the best candidate to take the CSA towards becoming the professionally run model it needs to be,” said Leip.