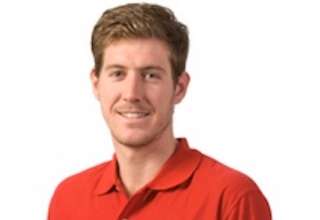 Is it just perception, or has there been a heck of a lot of scoring out of goalies lately?

Now, add Clint Irwin to the list. On Saturday, with his Capital City FC trailing the Windsor Stars 2-1 in CSL action, Irwin joined the attack and got his head onto the cross for the equalizer. See the goal HERE.

That comeback ensured that Capital City FC’s unbeaten streak, which has now stretched to 11 games, would stay intact.

“We had a couple of free kicks deep in their end and I asked Shaun (Harris) our coach if I could go up. I’m not sure if he sanctioned it or not! But, we had a kick that kind of sailed over and was collected in the far corner. It went to (midfielder Damiem Merette-Rolon) and he played in a great ball. I got my head to it and I didn’t even see it hit the net.”

Irwin, a North Carolina native and graduate of Elon University, has helped spur Capital City on its remarkable run in the CSL schedule — which isn’t bad for a new franchise. The Ottawa club lost 2-0 to Toronto Croatia in the CSL opener and hasn’t tasted defeat since.

“We were pretty overwhelmed in our first game,” said Irwin. “We have a lot of guys, like myself, who haven’t played professional soccer before. But since that first game we have come a long way. It’s a long season, though.”

And, with the Ottawa getting an NASL team in 2014, with the Fury on an undefeated and untied run in the W-League with the playoffs this weekend, Irwin said that there’s no shaking the soccer buzz in the city.

“Even though we are different clubs we are following the Fury and see how well they are doing,” he said. “With the Women’s World Cup just finishing, soccer is big in the city. I can see soccer being integrated into the hockey culture here. The CSL isn’t the highest-quality league, but it is still good, professional soccer, with guys trying to make their professional careers.”