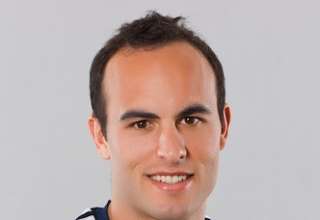 After a Thierry Henry pass tore open the Los Angeles defence, after Luke Rodgers calmly slotted home a goal less than four minutes into the second leg of New York’s Western Conference semifinal against the Galaxy, it was time for the home team to define itself.

The Los Angeles Galaxy did just that — roaring back with a Mike Magee header off a David Beckham corner and a penalty from Landon Donovan — to take the second leg 2-1, and the series by a 3-1 count.

David Beckham might not be back next season, and Donovan isn’t getting any younger. And, when you look at the talent and the regular-season success the Galaxy has enjoyed over the past three seasons, you’d think that would translate into playoff success. But, if the Galaxy don’t win MLS Cup in 2011, history will likely judge it the greatest side to ever grace this league — in terms of underachievement.

Had the Red Bulls been able to rally after Rodgers erased the one-goal lead the Galaxy had managed out of the first leg, we could already have the discussion of how coach Bruce Arena and his team should be judged.

The Galaxy had a 1-0 lead over Real Salt Lake, a team that scraped into the playoffs on the last weekend of the regular season, in the 2009 MLS Cup final, and couldn’t hold it. In 2010, at home to FC Dallas in the Western Conference Final, the Galaxy was outfoxed. In 2010, the second-division Puerto Rico Islanders smoked the Galaxy in the CONCACAF Champions League qualifying round.

Luckily, the Galaxy is a soccer club, not a hockey team or a basketball team. Even in North America, the soccer media is influenced by European standards; that winning a league in the regular-season is good enough. So, the Galaxy hasn’t been stuck with a choker tag. But, we need to look at the Galaxy in a truly North American sports context — after all, MLS is a North American league — where regular-season success means very little compared to playoff excellence. The Galaxy, until it wins MLS Cup, has to be compared to the likes of the San Jose Sharks or San Diego Chargers, talented teams who consistently lose when it counts.

That is why this win is so important for the Galaxy. To have lost to the 10th seed would have only added another embarrassing playoff exit to the ledger. But, unlike previous seasons, the Galaxy faced up to adversity rather than allowed itself to be dominated by it.

Magee manouevred through a sea of blue Red Bulls jerseys (yeah, blue Red Bulls jerseys, I know that looks weird) to be the first man to get a head to a corner from David Beckham. And, Donovan put the final nail in the coffin with a penalty. Actually, wait, New York defender Roy Miller put the nail in, with a ridiculous kick to Beckham’s ribs when the Designated Player was at the top corner of the box, with his back to goal. That silly, needless foul gave Donovan the chance to salt away the win from the penalty spot.

Now, the Galaxy have another tough task; to beat Real Salt Lake on a short turnaround. (Beckham’s back isn’t right, either.) The cruelty of the MLS schedulemakers can’t be ignored. RSL gets played Wednesday ahead of a Sunday Western Conference Final. The Galaxy played Thursday. An extra 24 hours on a short turnaround could be crucial for RSL, as it needs to hope that defenders Nat Borchers and Jamison Olave can return to the starting lineup.

Before the RSL-Galaxy main event, Sporting Kansas City will host the Houston Dynamo in the Eastern finale. We already know that no team from the Eastern time zone will take part in MLS Cup.

Houston, including Canadian defender Andrew Hainault — who has clearly become a pariah with the Canadian national team after he turned down an October invite so he could focus on the push for the MLS playoffs —earned the date with a 1-0 win over the Philadelphia Union Thursday, 3-1 on aggregate.

Brian Ching rose to head home a Brad Davis free kick — and that insurance goal took the life out of a Union side that made the playoffs in just its second year of existence.