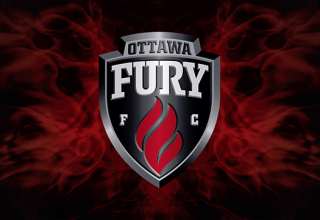 Mark Goudie, the CEO of Ottawa Sports and Entertainment Group, stated Wednesday that the club does not plan to join the Canadian Premier League for the 2019 season.

“We’re happy with the USL,” Goudie said. “We’ve confirmed to the USL that we’ll be back in the league next year.”

The Canadian Soccer Association sanctions the Fury on a year-to-year basis to play in the USL. Next year, with TFCII moving to the new USL third division, the Fury would be the only Canadian team in the league. A new sanction would be required for the 2019 season.

But, when then-Canada Soccer president (and current CONCACAF president) Victor Montagliani announced plans for a national “1A” division, he suggested that none of the existing Canadian teams playing in North American leagues would be forced to play in the new all-Canadian circuit.

Goudie said that the Fury would keep a dialogue open with the Canadian Premier League.

He said the CanPL, with seven teams announced, including the Fury’s former NASL-mates, FC Edmonton, “is awesome. It’s really good for Canadian soccer.”

Ottawa, of course, was at the table for CanPL meetings, and had long been rumoured to be team number eight.But there has been talk of reported divisions between the Fury’s camp and the league, with issues including how much of Ottawa’s current roster would be affected by the move to a new league. And, with Pacific FC owner Dean Shillington talking publicly about a cap of under $800,000, would Ottawa need to shrink its budget from where it stands to fit into the CanPL?