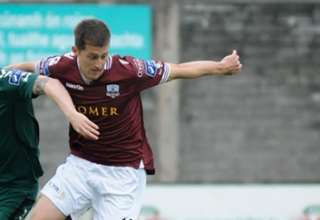 This past September, American striker Jake Keegan told the Irish Times that he was looking forward to extending his stay with Galway United, then looking to have a crack at returning to North American soccer.

“I’m happy to keep playing in Ireland but in the long term I’d very much like to play a few years in the MLS,” he was quoted in the paper (CLICK HERE).

But, two months later, Keegan has confirmed he’ll be playing in Canada in 2016 — with FC Edmonton of the NASL. The Eddies announced Keegan’s arrival Thursday, along with news that they had re-signed veteran fullback Eddie Edward.

So, why did Keegan sign the deal that brings him over to NASL?

“It looked like a club that looked like it was ready to take the next step in the league and push up the table,” Keegan said from his home in New York State, as he and his family prepared for Thanksgiving Day celebrations. “Speaking with Colin [FCE coach Colin Miller] I got that impression as well. I wanted to come over to the States, to Canada — close enough, I suppose. After playing in Ireland for a couple of years, I really wanted to establish myself, or try to establish myself, in the States. And I feel this a good opportunity to do that.

“I think I was leaning towards, if I got an offer here, to coming back to North America to play. When I got the offer, the decision was made at the point.”

Keegan scored 33 in 77 games for Galway United over the past two seasons, and was a supplemental draft pick of the Philadelphia Union back in 2013. In 2012, when he starred at Binghamton University, he was a first-team America East All-Conference selection.

At MLSsoccer.com, this is what the scouts had to say about Keegan back in 2013: (CLICK HERE) “He can score… Real livewire. Lot of energy … Buzzes around. Is a handful throgh his constant work rate and he’s taken his chances well. He’s done well on the college level. How he translates to the next level will be interesting

Miller said in an FCE release: ““He is a different type of player from what we currently have at the moment and I think he will be full of enthusiasm to play for us. What it does for him as a young American is put him in the shop window for maybe a different level of football if he can be a success for us. There is a lot for Jake to play for here.”

Keegan said he isn’t quite sure if the Union still holds his rights. It’s been two years since the team drafted him, and he never trained with the Union — so his understanding of the rule is that the Union no longer have a claim on his possible MLS future.

“The first thing is that if you sign for a club, you want to do well for that club,” Keegan said. “I’m not looking too far ahead at this point, but I’d be lying if I said the reason I came over wasn’t to hopefully play in MLS one day. That’s kind of been a goal of mine… You want players to do well for your club, but you don’t want players who are satisfied with what they are doing. You want players with high ambitions.”

Keegan hasn’t seen a lot of NASL games, but he’s been impressed by what the few he has taken in.

“The majority of games I have seen have been the Cosmos, just being from New York — sorry about that! But, I watched a few of the playoff games this year and it seems like the standard in the league is very high. It’s not a league you can just come into and expect to do well. It’s a league you have to adapt to. It might take a little bit of time to establish myself, but I’m very confident I can have success.

“It’s tough to say (how NASL compares to the Ireland’s top division). At the top of the Irish League, Dundalk and Shamrock Rovers and Pat’s (St. Patrick’s), the top four or five clubs are doing very good and, from what I’ve seen, could probably compete in the NASL. They’d do fairly well, though they might struggle with some of the bigger teams like the Cosmos. But Dundalk have a player there named Richie Towell and he’s wanted by everyone. He’s player of the year, best player in the league; he’s wanted by clubs in the Championship in England, he’s wanted by clubs in the U.S., clubs in Poland. There are drawbacks to the league in that the facilities aren’t always the best and there’s not as much money in the league as compared to the quality. In terms of the standard of play, it’s a very good level. It’s been a good experience for me in improving myself as a player.”

From what he’s seen, Keegan doesn’t see NASL soccer as being as direct or frenetically paced as the game in Ireland. There’s more lateral passing and build-up play in North America. But, despite the direct style that prevailed, he said that Galway didn’t have a true target man and liked to play the ball on the ground.