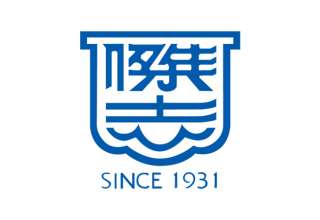 Edmonton’s Matt Lam has gone back to Asia to continue his soccer career.

Hong Kong First Division side Kitchee SC has announced Lam’s capture, as reported Wednesday in the Chinese media. (CLICK HERE) Kitchee is currently in second place in the Hong Kong First Division, behind powerhouse South China AA — home of Canadian and former Toronto Lynx midfielder Michael Luk. Lam had been linked to a move to South China before the deal with Kitchee.

Lam had been waiting in Edmonton for the last couple of months to get his clearance to play in Hong Kong. According to reports, he will report to Kitchee on Thursday and is expected to be ready for match action some time in mid-March. It’s an 18-month deal.

Lam, who spent last year with FC Edmonton but was cut at the end of the year, was one of his local team’s best players in 2010, when the club played a series of exhibition games in order to prepare for its NASL debut in 2011. Lam was so impressive, outgoing coach Dwight Lodeweges brought Lam over to Japan on loan, where they embarked on trying to get JEF United back to the first division. But Lodeweges was fired before the season ended and Lam was returned to Edmonton, where he was expected to pick up where he left off in 2010.

Lam’s high point came in the Amway Canadian Championship semifinal against the Whitecaps, where he excelled in both legs, despite Edmonton losing the series. But, his minutes diminished as the season went on, and fans were surprised to hear that, with a month left in the season, that then-coach Harry Sinkgraven had suspended Lam for the rest of the year.

Lam also had shoulder surgery at the end of the season, something that was put off so he could play in NASL in 2012.

When Lam departed the club, he had this to say about Edmonton’s soccer fans.

“I wish nothing but the absolute best for this club and especially my teammates. This is my hometown and some of my best friends, new and old, play on this team and I really hope this team finds its feet next season and in the next years to come. Lastly, I think the fans, and especially the Edmonton Supporters Group, deserve a pretty big thank you. I know I speak for the entire team when I say the support you continue to show the team, despite our results this season and a few setbacks with the stadium, is second to none and has not gone unnoticed by the players.”

Kitchee SC has booked a July 29 friendly against Manchester United.