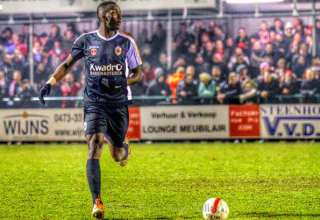 FC Edmonton will open training camp this Wednesday the Commonwealth Fieldhouse, and on hand will be the team’s newest signing, Senegalese central defender Pape Diakite.

Last season, Diakite played 25 matches for Royal Antwerp FC of the Belgian second division. But he hasn’t played there since April of 2015; he was sent off in his final appearance for the club, a 2-0 loss to Lommel United. It was the only time he saw red all season.

“I’m excited to work with Pape,” FC Edmonton head coach Colin Miller said in a release issued by the club. “I know and played with his agent for many years. He spoke incredibly highly of Pape, the level he has played at means that he will come in and add some strength, depth, experience and quality to our centre back area. It puts more players under pressure to perform week-in, week-out. The competition now for places with the addition of Pape makes our back four complete.”