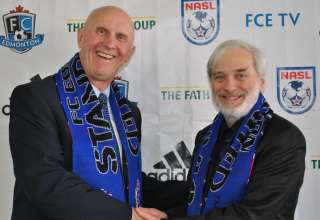 FC Edmonton is searching for a new general manager.

Rod Proudfoot, who held the post for the past three seasons, will be leaving the club at the end of the week.

“When [team owner] Tom Fath and I met in January of 2013 to discuss the GM position with FC Edmonton, I asked Tom for three years in order to achieve a number of business goals with the club. While we have achieved some of these targets such as improved branding, attendance growth and organizational development, there is still much left to do in growing the revenue areas of ticket sales, filling the stadium consistently and generating greater levels of corporate sponsorship., “ Proudfoot was quoted in a release. “My three years are up and we agree that now is the time for someone else with different skills and expertise to take FC Edmonton over the finish line.”

FC Edmonton ranked at the bottom of the NASL in terms of average attendance; it’s still a rarity to see the team crack the 4,000-spectator mark at the 4,500-capacity Clarke Field. There is an understanding between FCE and City Council that permission will be granted to expand the city-owned stadium if the team can show that it can regularly sell out home games.

The team hasn’t had a kit sponsor since its agreement with Sears Financial expired at the end of 2012.