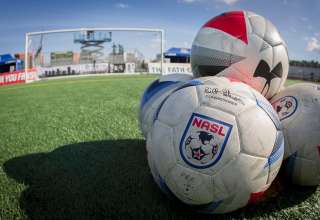 The NASL has released the following statement in regards to the news that the United States Soccer Federation voted to not sanction the league as Div. 2 for the 2018 season.

“Since taking the pitch in 2011, the NASL has been working diligently to advance the growth of soccer by creating an entrepreneurial league where dynamic clubs bring the excitement of professional soccer to fans across North America. Despite the progress made by the NASL, U.S. Soccer has taken a decision to refrain from sanctioning the league as Division 2 for the 2018 season. The NASL is disappointed with the decision and does not believe that the federation acted in the best interest of the sport. U.S. Soccer’s decision negatively affects many stakeholders in soccer: fans, players, coaches, referees, business partners, and the NASL club owners who have invested tens of millions of dollars promoting the sport. The decision also jeopardizes the thousands of jobs created by the NASL and its member clubs.

“While the last several days have seen some unfortunate results for U.S. Soccer, both on and off the pitch, the NASL remains committed to growing the game and is exploring multiple options as it continues planning for the future. The NASL knows that its fans will continue to show undying support for their clubs, and the league looks forward to the home stretch of the 2017 season and beyond. The beautiful game is bigger than any decision, result, person, league, division or federation. The NASL will continue its work to ensure that brighter days are ahead for soccer in the U.S.”

Now, to be a word geek, it’s interesting that NASL chose the words “refrain from sanctioning” rather than “reject” or “deny.”

FC Edmonton is the lone Canadian club left in NASL, with the Ottawa Fury having moved to USL for the 2017 season. Over the past off-season, which saw the NASL reduced to eight teams, the USSF decided to promote USL from Div-3 to Div-2 status, while NASL was granted a one-year stay — allowed to remain at Div.-2, despite the loss of so many clubs.

FC Edmonton’s front office stated Tuesday that it will not have anything official to add to the NASL’s statement.

Ironically, despite the turmoil in NASL, FC Edmonton has seen attendance soar in 2017, attendance is up over 75 per cent over 2016, when the club made the playoffs. And, last winter, as American soccer followers wondered about NASL’s future, the attitude in Edmonton was “crisis? what crisis?” as there was very little attention paid to the drama going on down south — and many fans paid up for season tickets without knowing there were even any issues with the league.

Now, in the past season, FC Edmonton had denied links the Canadian Premier League; the messaging changed somewhat in 2017 to “we are loyal to NASL.” Still, owner Tom Fath was arguably the most defiant of the core NASL owners last season, pretty well guaranteeing the league would return for 2017 despite the uncertainty emanated from the USSF sanctioning process.

Now, understand, Canada Soccer cares very little for U.S. sanctioning. Until the Canadian Premier League comes to be, the official national championship of this country is the, well, Canadian Championship. And the Ottawa Fury, FC Edmonton plus the three Canadian MLS teams all participate in it. The MLS teams are seeded, but, over and over, Canada Soccer has stated that it feels it gives FCE and the Fury equal opportunities to win the trophy.

Canadian Premier League president Paul Beirne has stated that the new circuit has a goal to begin play a week after the 2018 World Cup concludes. But, only two teams are sanctioned at the moment – Winnipeg and Hamilton. And Hamilton’s city council has said it won’t green-light a soccer team at Tim Hortons Field until legal issues surrounding the new stadium are cleared.

Beirne has been clear that if the league can’t pull off a launch in July 2018, it won’t, for lack of  a better term, half-ass things. It will wait till 2019 to do things right. As Beirne said at a recent meeting in Regina; “you only get one chance to make a first impression.”

Now, for the sake of argument, if FCE was to go the CanPL route, could it afford a year of darkness? There are staff, coaches and players on the payroll. It’s not like a true CanPL startup, that looks at the books and says “we’ll pay people once things get started.” As well, a year away would halt the ticket-selling momentum that’s been built up in 2017.

As for USL, there was no interest from FCE in going to that league last year, even though the Fury and Tampa Bay Rowdies departed. FCE, hypothetically, would present a massive issue for USL; that’s a league that preaches local rivalries and limited travel expenditures. If FCE pops into the league, isolated from the rest of the Western Conference, well that’s a fly-in date for each team on the schedule.

Luckily for FCE, there won’t bee too much local media on the NASL situation, as Oilers training camp opens this week. Connor McDavid, folks. Connor McDavid.