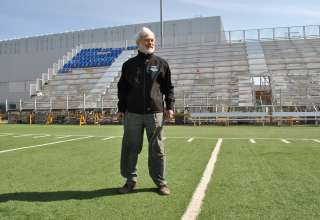 “The expectation is that we will play in the NASL in 2017,” said Fath, who owns the team with his brother, Dave. “We have most of our players under contract for next season. We have some holes to fill, of course. But we are moving forward.”

FC Edmonton’s situation seems so far removed from the turmoil in the rest of the North American Soccer League. Fath said that ticket sales are far ahead of where they were at this time last year.  The team enjoyed its best-ever campaign in 2016, making the playoffs for only the second time since the team began NASL play in 2011. The team is currently looking to hire staff for next season — the club is looking to bring in a new sales person.

Compare that to news that New York Cosmos employees have been furloughed, and reports that the team might not survive to play in 2017. The Tampa Bay Rowdies have moved to USL, and owner Bill Edwards is suing the NASL over what he claims are unpaid loan repayments. (These are allegations that have yet to be proven in a court of law). The Ottawa Fury have made application to move from NASL to USL, waiting on approval from the Canadian Soccer Association that is expected in the next couple of days. Rayo OKC likely won’t be back in 2017, amidst reports the club had released all of its players and did not participate in NASL meetings. The Fort Lauderdale Strikers need a new owner, after the previous ownership group walked away from the team.

There was word that NASL and USL officials were in the same room as United States Soccer Federation President Sunil Gulati in Atlanta earlier this week. There have been rumours of mergers, foldings, rebuffed merger offers, forced mergers — or as we who cover lower division soccer like to call it, just another week.

But, when asked about the possibility of the team moving to other leagues, Fath simply said he expects FC Edmonton to be playing NASL games at Clarke Field in 2017.