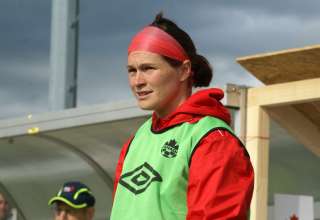 The Alberta Soccer Association and FC Edmonton will host a press conference next week at Calgary’s Foothills Athletic Club to announce further details of women’s and youth development teams.

Next Thursday (Sept. 5) FCE owner Tom Fath and members of the ASA will be joined by Alberta native and national-team No. 1 keeper Erin McLeod for the Calgary announcements.

The news that Calgary will have elite youth boys and girls programs administered by the Alberta Soccer Association has been around since Aug. 7 (CLICK HERE), when FCE announced a program for high-school aged girls that will be launched in Edmonton.

The girls program complements FCE’s boys program, which has seen players such as Mallan Roberts and Hanson Boakai graduate from the Reserves team to the NASL side.

At that time, the ASA said it would later be announcing details on elite boys and girls programs in Calgary. The ASA indicated that FCE would also have the chance to bring players into its program from Calgary. But that would change if a current push by a silent group of investors to put an NASL team in Calgary comes to fruition. If that happens, the Calgary program would move under the wings of the new NASL team on the shores of the Bow River.